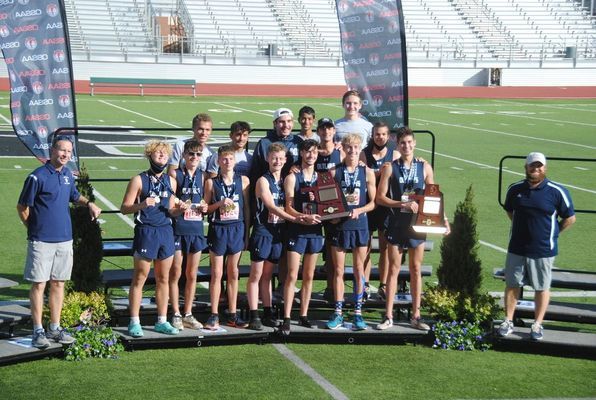 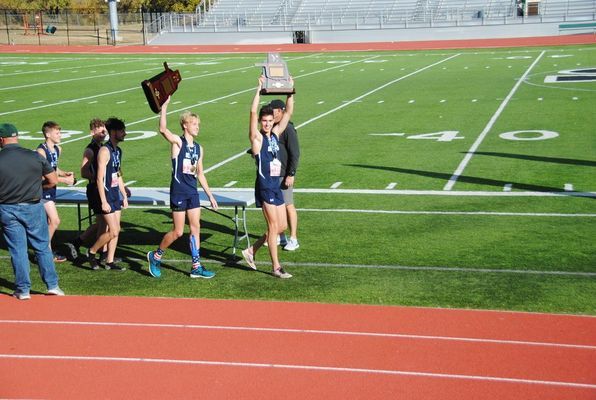 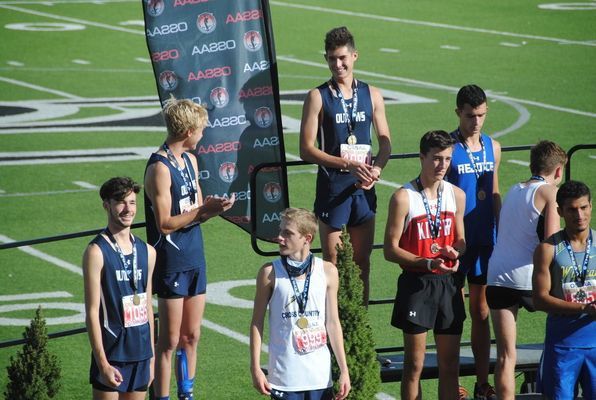 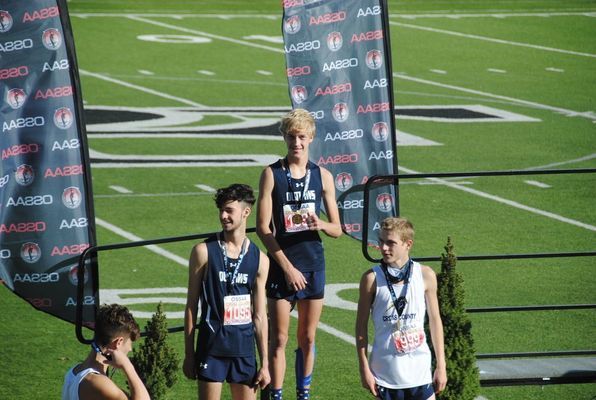 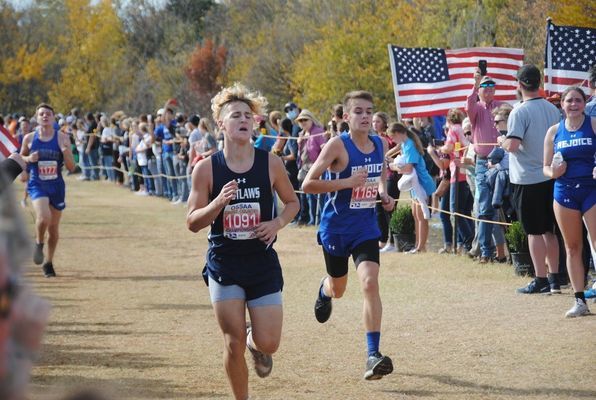 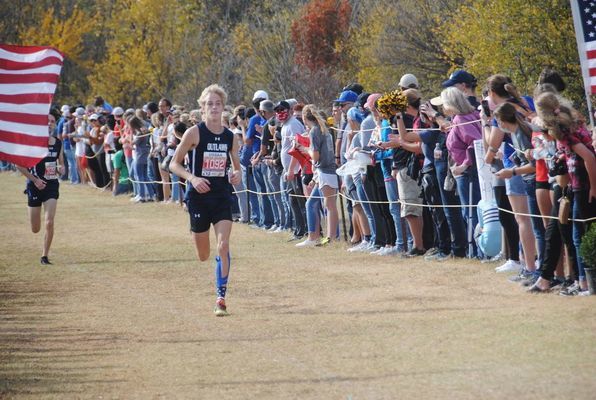 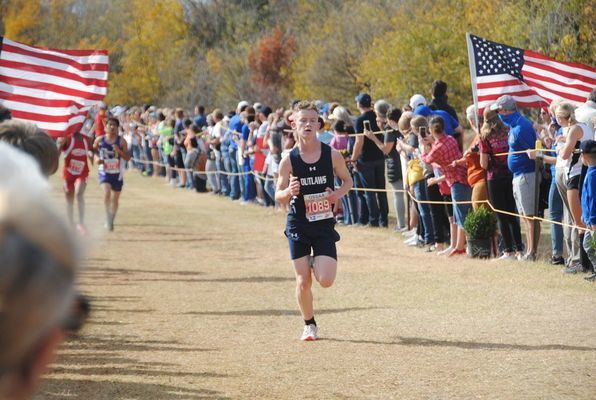 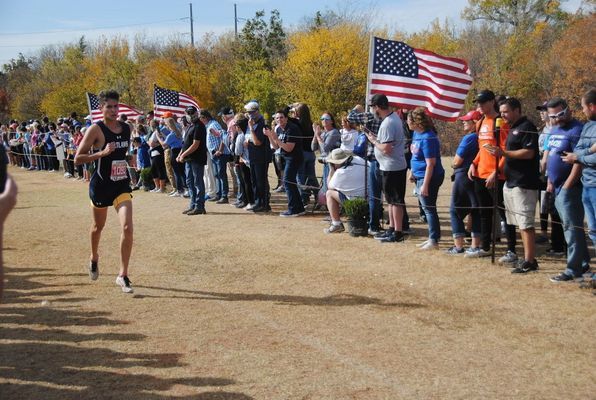 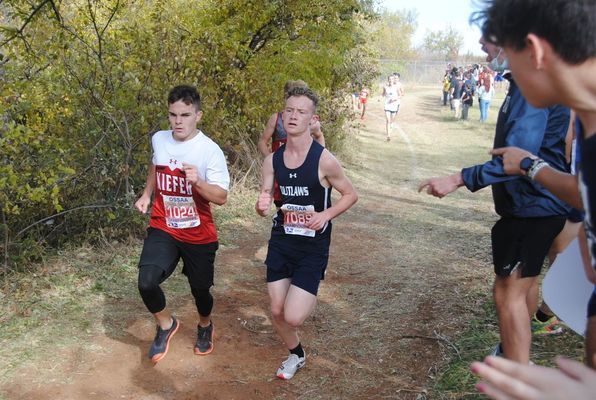 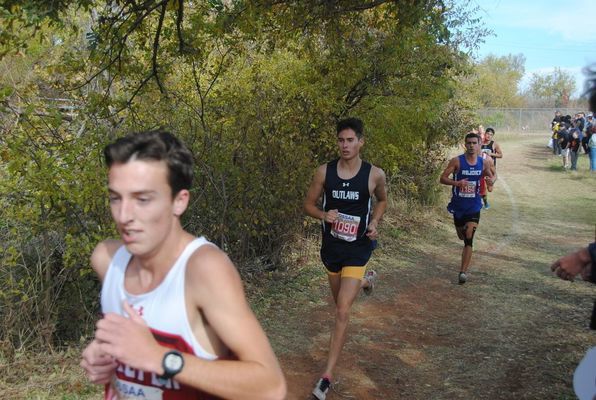 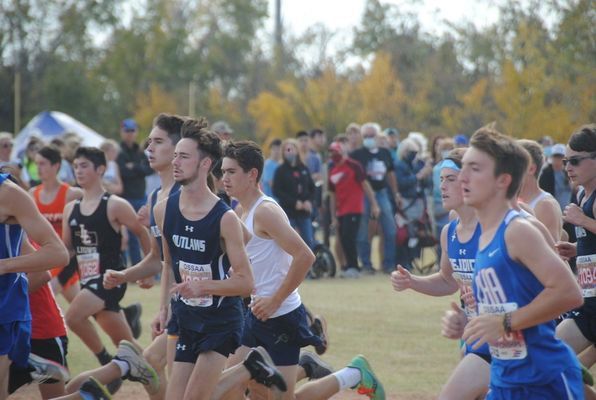 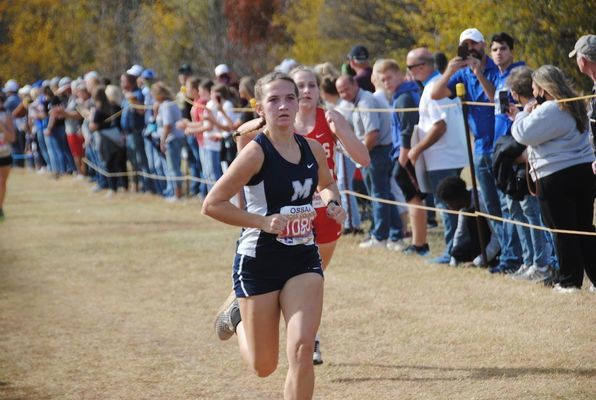 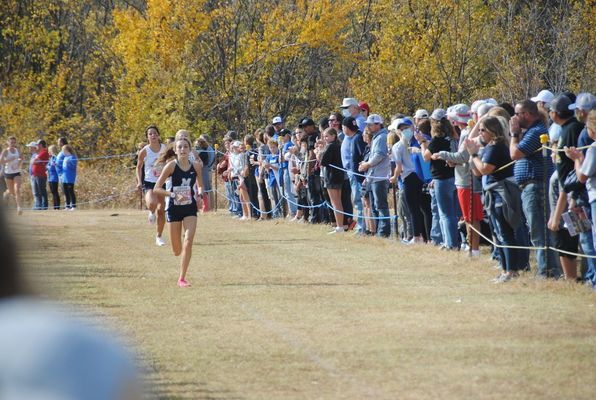 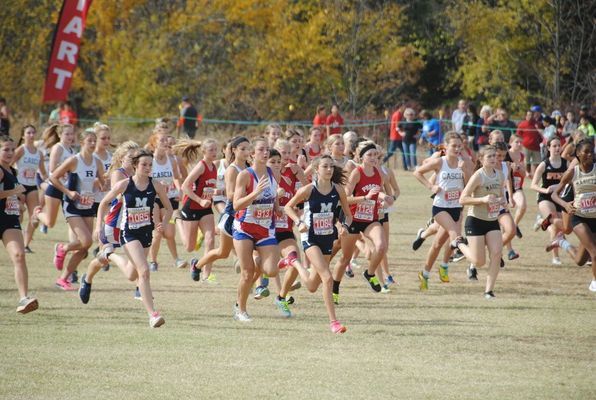 The Marlow High School boys’ cross-country team took a deep roster to the State meet in Edmond on Wednesday and brought home not only a State Championship trophy for the first time since 2003, but State Academic Championship for their efforts in the classroom.

Team leader Noah Davis overcame a late-season injury to take the runner-up spot at the meet, spending early-morning hours in the pool in order to return to form as well as maintain his edge and strength in order to dominate the last mile of Wednesday’s 5K run.

Assistant Coach Matt Ivory had accolades for the entire team, both at the State meet and the entire season.

“They have consistently been the best team on the course in the last mile all year and today that led to a state championship,” Ivory said. “It was our team depth that pushed these guys in practice to develop that mental toughness and it was the same depth that allowed them to stick together during the race and pull us to victory.”

The Outlaws have defeated every team in their class this season, and winning both State trophies is a rare feat.

Tyler McKinley and Luke Tolle also finished in the Top 15 of the meet, at 11th and 12th place respectively, and brought home All-State awards.

“Tyler McKinley has always had the talent and today that talent met his preparation,” Ivory said. “Luke Tolle…wanted to be [All-State] early in the year and just willed his way there. He is a gritty, intelligent runner and ran a great race today.”

Tyler Brown, Lucas Morton, Caleb Sloan, and Gage Davoult were all underclassmen at State and look to return next season to additional leadership positions.

The Lady Outlaws faced the challenges of injury and quarantine going into the State meet, but despite that and their relative inexperience they took eighth place overall. Korie Kizarr took third place and is now a three-time All-State runner.

“With so many ups and downs for this team, these girls really learned how to fight throughout the tough times,” Head Coach Mikey Eaves said. “with Kyah Blundell getting injured late in the season and her being on track to be an all-stater, this was a huge blow for these girls.”

Another top-seven qualifier, Lauren Ivory, was unable to run due to quarantine but Eaves said she maintained her leadership position throughout the team’s preparation for State.

“She encouraged every day from a distance and prayed with the girls through FaceTime before the run,” Eaves said. “Lauren is a great person and a huge leader for our program.”

The Lady Outlaws had six first-place finishes at regular-season meets this year and will have several state qualifiers who can return next season, including Kizarr, Skyler Ramsey, Bristin Smith, Alisha Lemons, and Myleah Bearce.