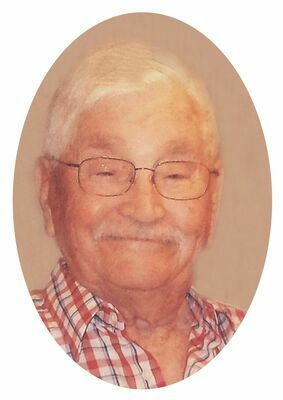 Graveside services will be held at 2:00 PM, Thursday, March 4, 2021, at the Marlow Cemetery, with Rev. Doyle Sharp officiating. Burial arrangements have been entrusted to Callaway-Smith-Cobb Funeral and Cremation Services in Marlow.

Leon Whaley Couch was born on April 30, 1932 to Leon Thomas William Couch and Lois Hester Milliron in Bray, Oklahoma. He entered his eternal life on February 27, 2021 at the age of 88. Leon worked as an industrial spray painter for J.C. Lee Company in Sapulpa, from 1967-1985, and then worked at Oklahoma State School for 10 years. He married Sharon Berns on June 24, 2003 in Lawton, and they celebrated 17 years of marriage. Leon enjoyed swinging on his porch swing and watching sports, but most of all he loved spending time with his family. He will be deeply missed by all who loved him.

Leon was survived by his wife, Sharon of the home in Ada, OK, four sons,

and Sheri Kay Courtney and husband Stacy of Ada, OK, His brother, Tim

Milliron and wife Kim of Norman, OK, a sister-in-law, Bobby Couch of

Shon Couch and wife, Lisa, of Scappoose, OR, Chris Couch of Ardmore, OK,

Arrow, OK, Kim Day and husband Darrell of Scappoose, OR, and Terri Lee of

Leon was preceded in death by his parents, Leon and Lois, his step-father,