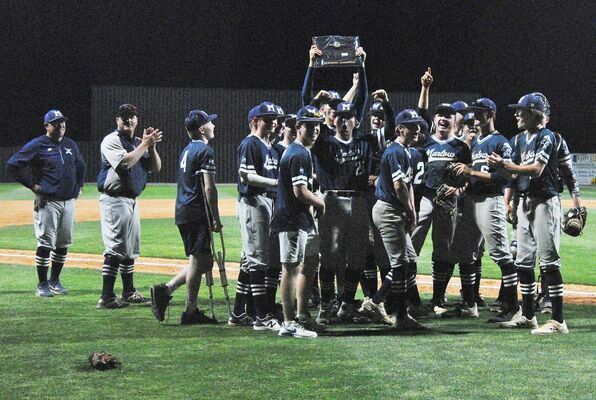 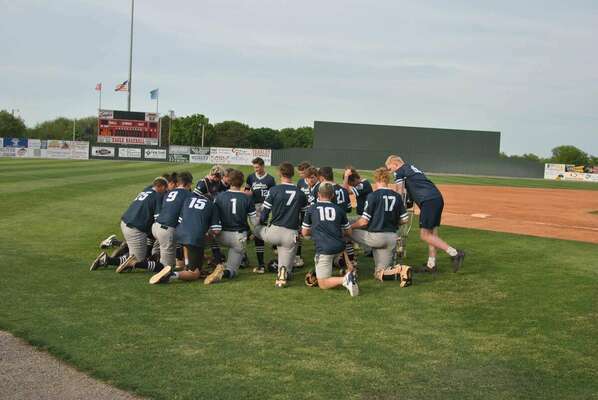 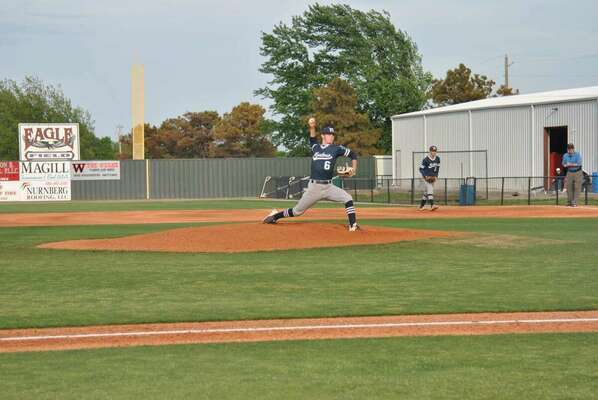 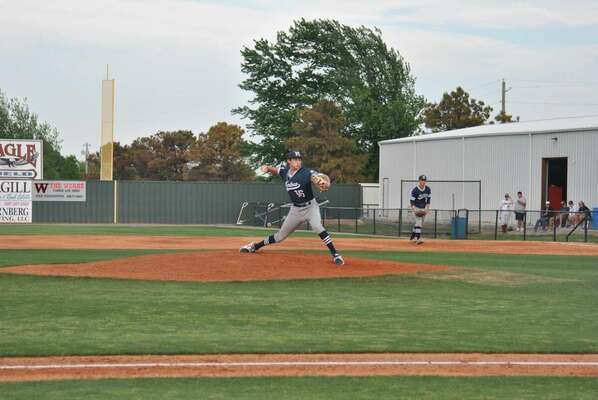 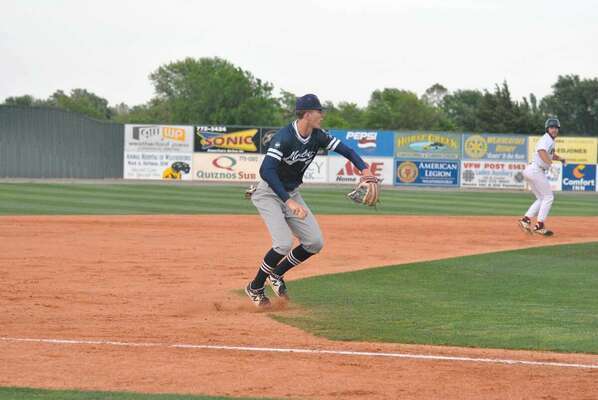 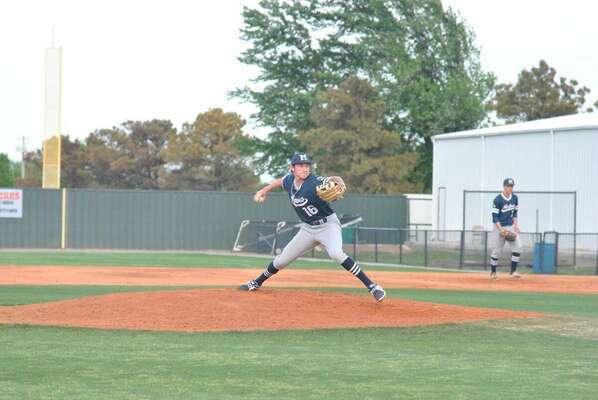 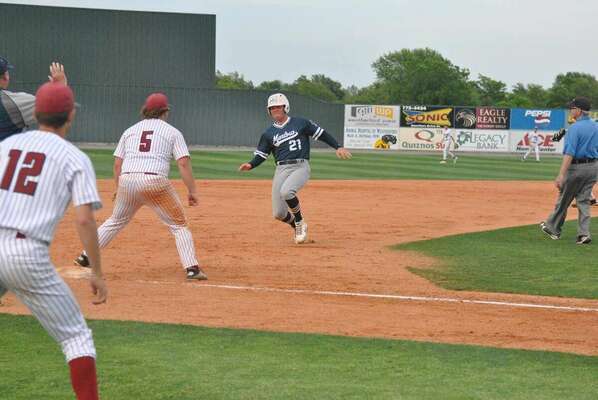 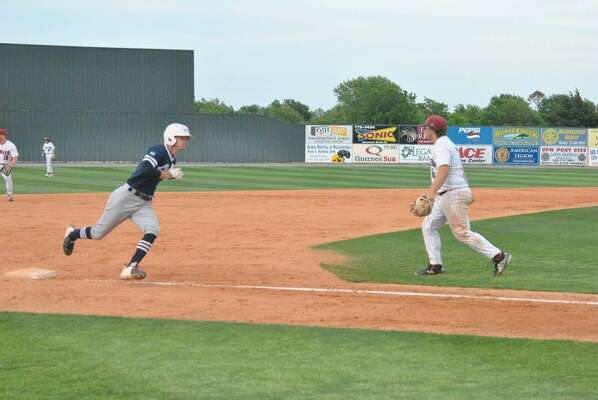 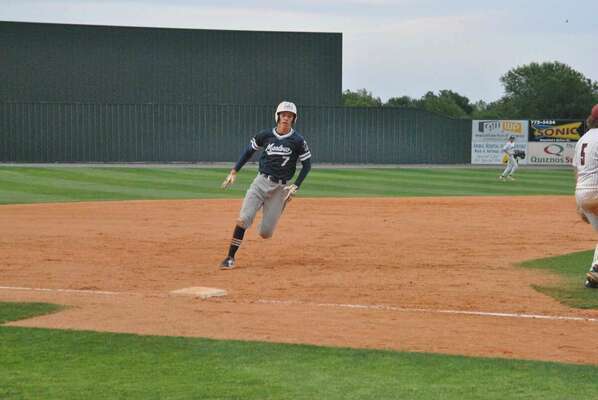 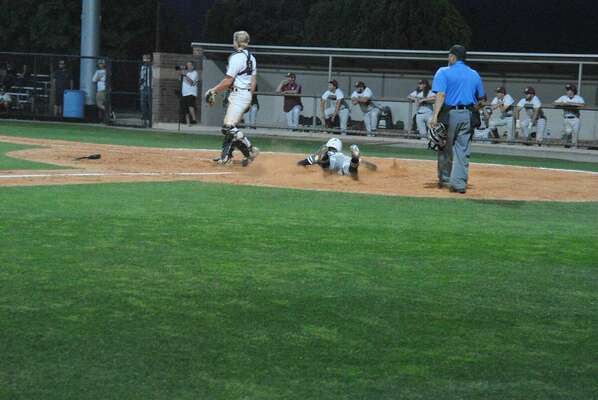 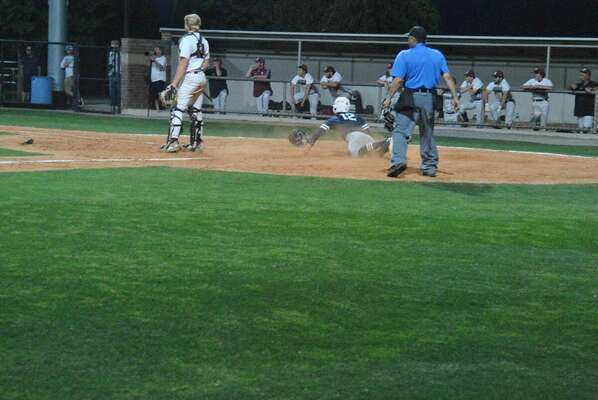 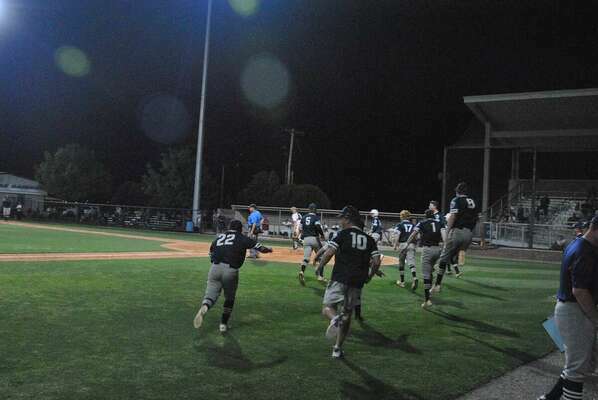 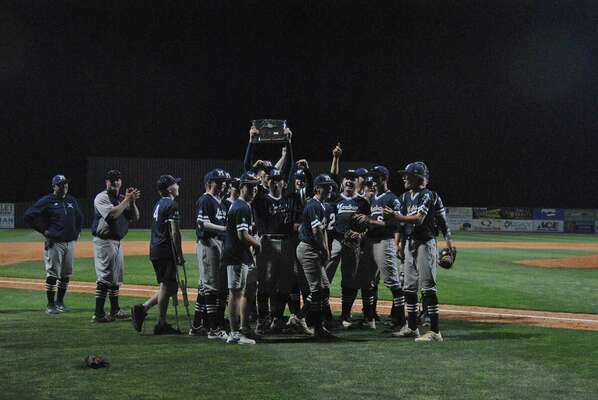 Marlow Outlaws Baseball dominated the Regional tournament on May 6 and 7, taking one victory over Elgin, 8-4, and two over Weatherford, 5-1 and 9-6 to advance to the State tournament this week.

The Regional championship game looked bleak for Marlow early in the first inning, as Weatherford took full advantage of the Outlaws’ pitching woes to score four runs. Freshman righthander Mason Holding took over the mound for Nate Herchock to turn things around for Marlow, pitching six innings. Holding allowed two hits and two runs while striking out 11 and walking one.

The Outlaws overcame the run deficit to take the lead in the fifth inning when Will Bergner scored on a sacrifice bunt by Tyler Callahan.

As a thunderstorm loomed far to the west, Weatherford regained the lead in the sixth, scoring twice with two outs to make the score 6-5 over Marlow.

Brennan Morgan’s two-run homer on the first pitch of his at-bat in the bottom of the sixth sealed the deal for the Outlaws, bringing them the lead with no outs.

Herchock came home on a wild pitch for another run, followed by Avery Payne’s score on a sacrifice fly by Bergner.

Kole Seeley came out of the bullpen to pitch the final inning, striking out two and walking two to shut down Weatherford’s hopes of pushing the tournament to a seventh game on Saturday.

Head coach John Morgan was optimistic about the Outlaws’ chances at the State tournament after the decisive victory at Regionals.

“Being moved to 4A, I thought ‘my gosh,’ this is going to be tough,” Morgan said. “It’s the toughest class and the deepest class in baseball in Oklahoma. There are quality teams, and you get to a Regional tournament and not all of the teams get a chance to go.”

Morgan credited the tenacity of the Outlaws for their win.

“Those guys, they got so much heart and just kept playing…I’m honored to get to coach these guys and be in the dugout with them all year, and the success we’ve had.”

The Outlaws got a late start on the season due to post-season advances in basketball and wrestling, and Morgan said he was pleased with their improvement despite that challenge.

“We didn’t even get to start until spring break,” Morgan said. “But we just kept getting better, and I kept hoping we’d have enough time to get good enough to get here.”

Now the Outlaws look for success at the State tournament in Shawnee this week.