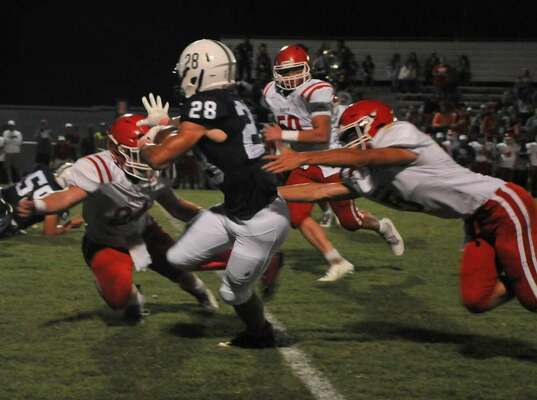 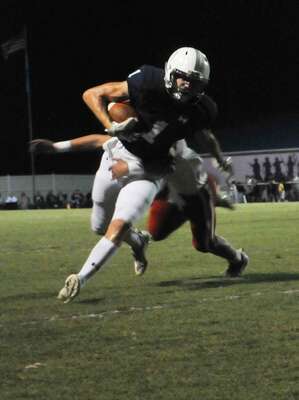 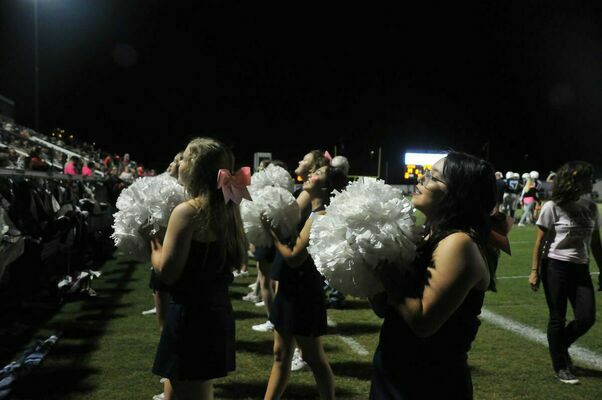 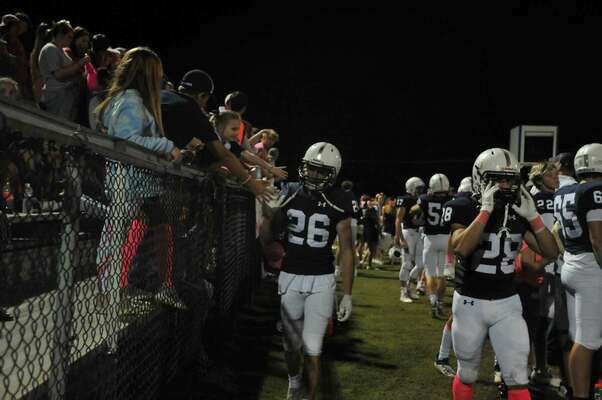 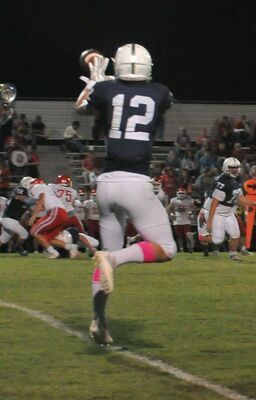 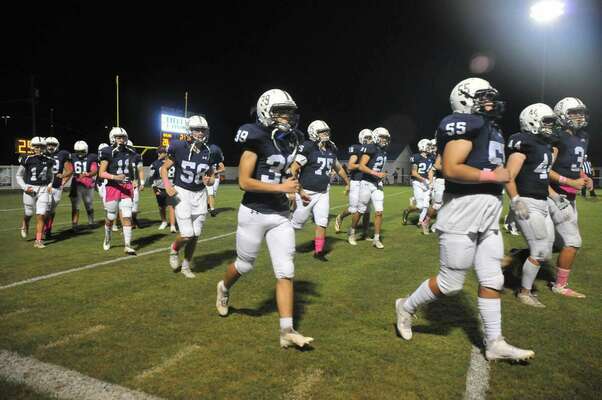 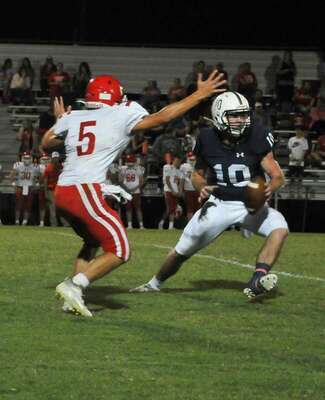 The Outlaws are ranked first in District 2A-4 and number two in the state for Class 2A after decisive victories at Coalgate (42-7) and at home against Davis (35-6) in the past two weeks, bringing their district record to 4-0 and their season to 7-0 overall.

The win at Coalgate on October 8 was fueled by three touchdowns by Avrey Payne, including two in the first quarter.

Quarterback Jace Gilbert first hit Payne for a 3-yard pass barely four minutes into the game for an early lead. The Outlaws’ next visit to the end zone was with a 20-yard pass to Will Bergner with 2:20 left in the quarter. Gilbert’s kick again split the uprights to make it 14-0.

The scoreboard changed again just seven seconds later when Payne, this time on defense, recovered Coalgate’s fumble in the end zone for another Outlaw touchdown.

Marlow was up 21-0 going into the second quarter until Gilbert’s 10-yard keeper and point-after kick with 7:06 left in the quarter increased the Outlaw lead to 28-0.

Three minutes later, Cole Hayes found the goal line with a three-yard run for the Outlaws’ second rushing TD of the game. Gilbert’s boot after made it 35-0.

Payne’s third touchdown came with 5:54 left in the third, taking the handoff from Gilbert and running 15 yards to the goal line.

Coalgate’s one score of the game was the result of an interception thrown by Kagan Mahaffey, which Tristan Trevathan ran for a touchdown, eliminating the possibility of another Marlow shutout.

Gilbert threw 7 for 8 with 103 passing yards, surpassing the 4000 career passing yard mark in the game.

The Outlaws next outgunned the Davis Wolves in a Thursday game at home. Jace Gilbert found receivers four times for touchdowns, including two each to Kyle Wilson and Will Bergner. Gilbert continued his record of extra-point kicking success and all six of his kickoffs resulted in touchbacks.

Gilbert first found Wilson just a minute and a half into the first quarter with a 45-yard TD to take the lead early. Bergner took to the end zone later in the period with an 18-yard reception from Gilbert to end the quarter up 14-0.

The Outlaws continued their dominance in the second quarter with a drive after stopping Davis’s fourth-down conversion attempt, culminating in Wilson’s second touchdown of the night with a 9-yard pass from Gilbert. Wilson tacked on another TD with a 24-yard fumble return as the clock wound down to 1:13 left in the half. Gilbert’s point-after kick brought the Outlaw lead to 28-0 over the Wolves.

Marlow opened the third quarter strong three minutes in with Bergner’s second touchdown reception, this time for 32 yards. Gilbert was again perfect on the point-after to bring Marlow’s lead to 35-0.

Davis found the end zone with 4:12 left in the game with Jaxon Bonner’s 2-yard run, but had to settle for 6 when the point-after kick failed.

The Outlaws travel next to Marietta on Friday. The Indians are 0-4 in district play and have yet to win a game this season.