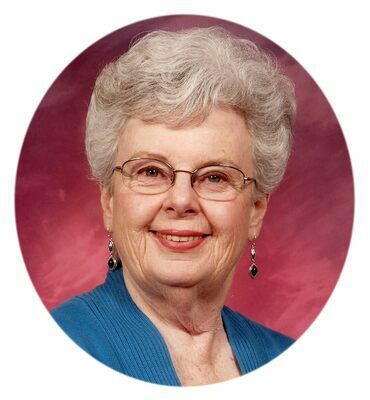 Burial will be in the Resthaven Memory Gardens in Oklahoma City under the direction of CallawaySmith-Cobb Funeral and Cremation Services in Marlow.

Earline was born Thursday, April 6, 1939 in Lawrence County, TN, to Earl Scott and Roxie (Carden)Heatherly. She was a graduate of Summertown High School and later

earned a Business Certificate at Freed Hardeman College. Earline married the love of her life, Ernest L. Childers, April 22, 1966 in Lawrenceburg, TN. She and Ernest celebrated 25

wonderful years of marriage before he preceded her in death on April 3, 1992. Earline left Tennessee in 1959 moving to Huntsville, AL. She resided in Alabama until moving to Oklahoma City in 1966.

In 2011, Earline relocated to Duncan and lived there until her passing. She was baptized at the age of 16 and remained an active member of the Church of Christ for the rest of her life and was a long-time and current member of the Chisholm Trail Church of Christ. She was a member of many clubs and organizations including NARFE, WOW, and Kindred Community. Earline enjoyed bird watching, gardening, and traveling. She loved her family more than words could ever say and cherished any time spent with them. Earline will be deeply missed by all who knew her and loved her.