Did You Know? In Oklahoma Domestic Abuse is Technically a Non-Violent Crime 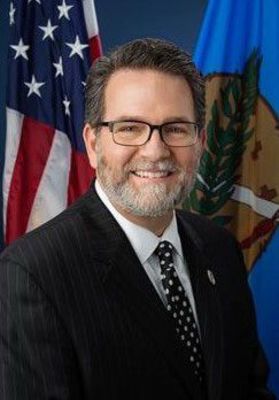 While the law says Domestic Abuse is a non-violent crime, Oklahomans and your Oklahoma District Attorneys know better. The reality: domestic abuse is violent. It is an act of physical harm or threatening imminent physical harm of an intimate partner or a family or household member. That includes a beating with a dangerous weapon (a ceramic mug, skillet, bat, golf club or something similar) or a deadly weapon, such as a gun or knife. It includes beating or striking a pregnant woman, beatings that create broken bones or scars, and even beatings conducted in front of a child that the child may never forget. Under current Oklahoma law, even strangling a family member to the point they lose consciousness is technically considered a non-violent crime.

The stark reality of domestic violence is that a batterer generally doesn’t just strike once, and the severity of the violence usually escalates over time. As a District Attorney, I take domestic violence very seriously and believe we should do everything possible to stop it. One of the key problems we face in our state is the sheer number of adverse childhood experiences (ACES) occurring to our children. Many of these are the result of domestic violence. This is one reason I encourage all Oklahomans to understand the ramifications of State Question 805 when considering whether or not to sign that petition which is currently being circulated.

SQ 805 would take away the ability of the District Attorneys, the courts, and even juries, to lengthen sentences for repeat offenders of so-called “non-violent” crimes. Should this petition become law, repeat felony offenders of these crimes would always be treated as a first-time offender. This means that the punishment for someone repeatedly convicted of domestic abuse by strangulation would NEVER have a sentence of greater than three years in prison and could be eligible for parole in less than a year or for an ankle monitor in just a few months. This means Oklahomans could expect someone who has repeatedly beaten or strangled an intimate partner to spend very little time in prison before being released to again endanger lives. Under SQ 805, one of the only ways to ever get such a person out of society for any significant time would be is if their domestic violence actually leads to death.

SQ 805 would take away the ability to enhance sentences for repeat felons on a wide variety of crimes, many of which average Oklahomans would consider violent (for a list, visit the Oklahoma District Attorneys Association page on Facebook). SQ 805 would have a significant impact on public safety in Oklahoma as it would take away one of the most important tools law enforcement has to keep someone from escalating their behavior. Over the coming weeks, District Attorneys and others in law enforcement will be explaining the real-world ramifications of SQ 805.

Jason Hicks is the District Attorney for District 6 in southwest Oklahoma. He serves as President of the Oklahoma District Attorneys Association, a private association leading public safety discussions in the state. For more information search Facebook for ODAA.