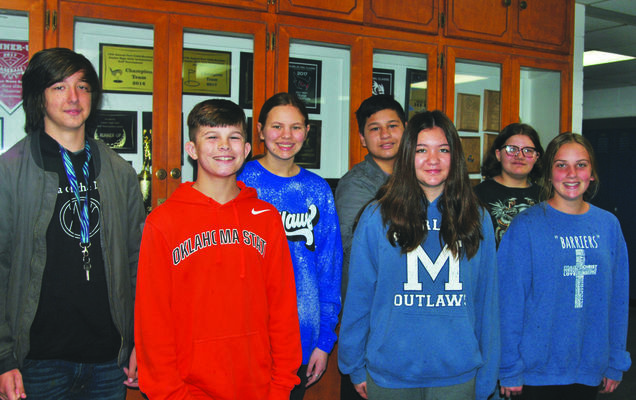 Haleigh Elroy’s seventh grade English classes at Marlow Middle School had a unique assignment leading up to spring break: they studied the poem “Where I’m From” by George Ella Lyon and wrote their own poetry using their homes as inspiration.

The students had a pre-writing worksheet they used to organize their thoughts about where they are from, and Elroy guided them through the process.

“It was hard for some of them to get through some of the walls they put up,” Elroy said of the students’ writing efforts. “But when they did, it was really cool to see the emotions that came forward.”

Each class voted for their class favorite, and then voted on an overall favorite from among all of the class periods.

Elroy said that she got the idea from literature teacher Dawn Travis, and that the poem is used in many middle school classrooms as a poetry exercise.

Music in the Distance