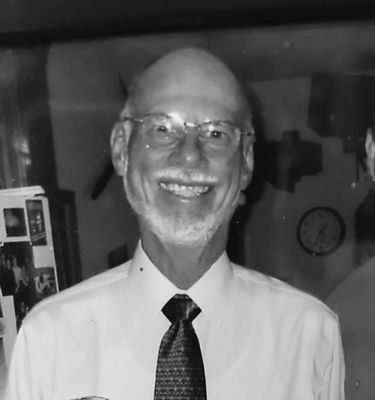 Burial was under the direction of Becker-Rabon Funeral Home. A viewing was held from 9:00am until 9:00pm on the Thursday prior at the funeral home.

A public memorial service with military honors will be held at a later date.

LTC (Retired) Richard Lee McLennan, age 88, of Lawton, passed away Sunday, April 19, 2020 in Lawton. He was born May 15,1931, in Oklahoma City, Oklahoma to Tom and Maybelle (Tarnow) McLennan. He attended Classen High School in Oklahoma City and graduated from Oklahoma A&M (Oklahoma State University) in 1953 with a Bachelor of Science in Geology. On June 6,1953, he was united in marriage to Carol Higdon. Richard then went on to serve in the United States Army and retired as a Lt. Colonel in 1975 after 22 years of service. He had been stationed in Maryland, Texas, Florida, France, and the U.S. embassy in Paraguay, and also included deployments to Korea, Vietnam, and Thailand. The military trained him in Spanish in 1965, and he continued to speak it fluently throughout his life. He looked forward to conversations in Spanish with anyone he would meet and would transition to his second language once he learned his new friend could speak the language. Richard was very humble and never shared his awards and accomplishments, even with his own family, but during his years of service, he was awarded with many medals and commendations, too numerous to list. He finished the last 5 years of his military career stationed at Ft. Sill and continued to live in the Lawton/Ft. Sill area for over 50 years.
After his retirement from the military, Richard attended the University of Oklahoma’s School of Law and graduated with a Juris Doctor degree in 1979. In the following year, Richard began working at his private law practice in Marlow, Oklahoma, where he also served as Marlow’s City Judge. He retired from his second career in 1997. His favorite and final career was full retirement, which he enjoyed for 22 more years before going home to be with the Lord.

Richard was a founding member of Lawton’s Carriage Hills Christian Church when it started in Oct. 1970. He remained an active member up until his death. One of his greatest desires was to reach the world for Jesus Christ. He loved serving there in many capacities by supporting multiple missions overseas, mowing the grounds, maintaining the vans, washing the dishes, taking out the trash, and many other numerous things. Even when he became immobile, he continued to serve by passing out bulletins and greeting members, and he was dearly loved by all the children and youth. He enjoyed playing golf, spending time with his family at his lake house in Lake Texoma, fishing, boating, watching classic movies, and traveling the world to visit friends and new places. He had an excellent memory and was a whiz at Jeopardy questions, crossword puzzles, and all types of trivia. He had a beautiful baritone singing voice and he frequently sang his children and grandchildren to sleep most every night when they were young, which is one of their most cherished memories. Richard also had a great sense of humor and always had a funny story or joke to entertain people with. He was the best dad, husband, uncle, brother, grandfather, father-in-law, and friend ever.