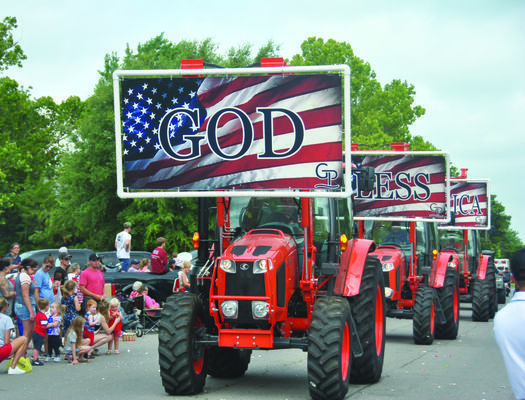 Marlow’s annual Old Fashioned Fourth of July Celebration will go on as scheduled, according to city leaders.

“City staff and elected officials have carefully studied the information available and decided that all Fourth of July events could be held as planned,” said Jason McPherson, city administrator.

The Fourth of July activities will have a couple of minor time changes that those planning to attend will want to know. The parade will begin 15 minutes early at 9 a.m. This move is to be a permanent change. One of the reasons for the move is to get from the parade to the park closer to the opening ceremonies time of 10 a.m.

The time change will facilitate moving the fireworks up 30 minutes to 9:30 p.m., which park planners noted is also a permanent change.

“We have been looking at moving the times up for a couple of years now, but wanted to make sure everyone is on the same page,” McPherson said.

Another change is that the carnival is planning on beginning on Thursday, July 2 for a three-day run.

The schedule of events for the day is as follows:

Phone issues at The Review office