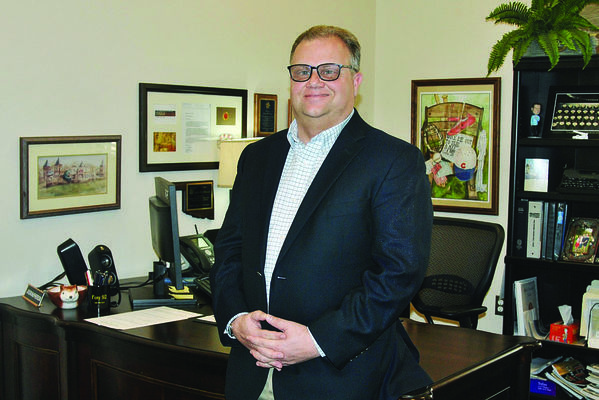 The award recognizes managers of small utilities serving fewer than 2,500 meters. These managers have a very small staff and must assume multiple roles to manage their respective electric utilities. The “seven hats” they must wear are: planning and design, administration, public relations, field supervision, accounting, human resources, and community leadership.

“It is a tremendous honor to be recognized for this award,” McPherson said. “As a part of the team at the City of Marlow, I strive to make Marlow the best place it can be for everyone now and in the future. Creating an excellent electric utility is a vital part of that mission.”

McPherson started his career in banking before working in the newspaper business. In 2012, he joined the City of Marlow as the community services coordinator before filling the role of city administrator in 2013.

He was instrumental in securing funding for the redesign of Marlow’s electric substation to install a second transformer to that facility. The addition increased reliability and added life to the current transformer. Jason was also responsible for acquiring funding and directing the implantation of the automated metering system that has streamlined operations for the city.

McPherson designed Marlow’s CINCH (Caring in Neighborhoods with Cooling and Heating) program with the Marlow Samaritans, the city’s only United Way agency. The program allows utility payers to round up their bill or to donate to a fund to help those in need of pay assistance on their City of Marlow utility bills. In two years, the program has provided over $1,400 in assistance.

“We’ve Got Your Six”