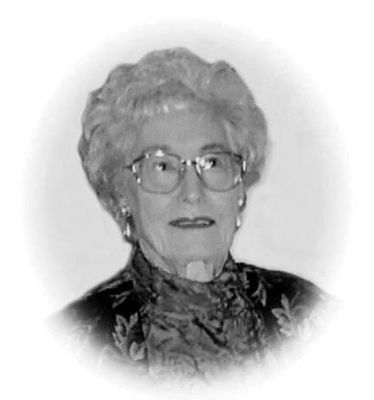 Edna Mae Wilson was born in the Graham Community in Carter County, OK on December 23, 1923 to Sam Estel and Otie Virginia (Russell) Evans. Edna was a strong and resilient woman who’s family suffered many hardships during her formative years. She experienced the great depression and the ensuing dust bowl years, along with the numerous losses of those they loved, yet she persevered. On June 16, 1941, she married her “John Wayne”, Carl Calvin Wilson, in Duncan and they had been married for 52 years, until his death in 1993. Everyone who knew her, knew Edna as a very hard worker who was never afraid to get her hands dirty and who always took great pride in any job she did. She had worked as a waitress and cook at Juniors Café, the City Café, the Broadway Diner, and the White Rock Diner in the 60s. In the 70s, she was employed at Cline Industries in Rush Springs as an electrician. Edna later retired from the City of Marlow as a groundskeeper. Edna was a kind-hearted and compassionate woman who spent her life caring for others in one way or another. A few examples of her caring nature include her care of the small animals that she loved, helping the sick and infirmed, serving people at a restaurant or even helping the City of Marlow’s city parks and cemetery look their best for visitors. No matter what was asked of her, she could always be counted on. Edna will always be known as the family historian and will be remembered as one of the foremost authorities on the anything to do with the Bailey Community. She is now with those that meant the most to her and we know that she is beaming with joy as she receives her wings and soars forever with those she loved so dearly.

Edna left her life here on earth on January 17, 2020 in Sun City Center, FL at 96 years old and joins her husband and parents, her son George Wilson, a daughter Caleta Latham, her brother George Evans, a brother-in-law John Wilson, a sister-in-law Geneva Todd Evans, a niece and 2 nephews in Heaven.

Edna is survived by her daughter, Pricilla Lane, 5 grandchildren, and 5 great-grandchildren.

Online condolences can be made at www. CallawaySmithCobb.com