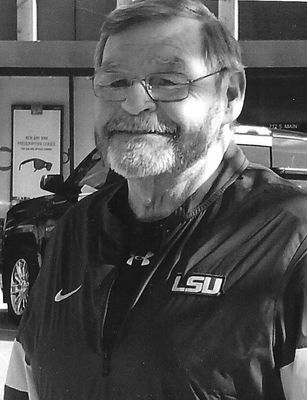 Woodrow "Bill" Wilson Carter, 72, of Hobart, Oklahoma passed away peacefully with his family by his side on June 19th, 2020 in Oklahoma City, Oklahoma. He was born on June 23rd, 1948 to Woodrow Wilson Sr. and Othello (Dismuk) Carter in Marlow, Oklahoma. Bill grew up and attended school in Marlow, Oklahoma graduating with the class 1966. He enlisted in the Oklahoma National Guard and served forty years. He married Sandy Clements on August 30, 1990 in Altus, Oklahoma. Bill worked as an Unit Administrator in the National Guard, he also was a Volunteer Firefighter, and worked at the school as a Detention Teacher. Bill loved playing golf with his friends and grandson. He enjoyed fishing, riding bicycles and being with his family. Bill was a member of the Washington Street Baptist Church in Hobart, Oklahoma. He will be deeply missed by all who knew and loved him.

Survivors include his wife Sandy Carter of Hobart, OK

Host of nieces, nephews and friends