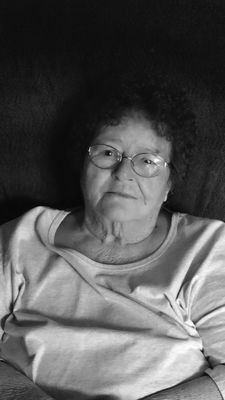 Bonnie was the daughter of Ivey Buster Garner & Edna (Boatner) Garner, born on June 3, 1939, in Holdenville, Oklahoma. She was brought up in Wewoka, where she attended schools, married, and had three children. She moved to Duncan and worked for Hagar Slacks and in nursing homes as kitchen help, until the early 1990s when her health failed and she returned to Holdenville to be near family.

Bonnie enjoyed reading, and listening to Gospel music, especially on Sundays. She loved spending time with her grandchildren and great-grandchildren. She was of the Baptist faith.

She is survived by one daughter, Debbie Babb (Jim Scott) of Boyd TX, and one son, Robert Babb (Donna) of Holdenville; four grandchildren: Misty Babb-Vanston and Brandy Babb, both of Duncan, Jesse Babb of Holdenville, and Tammy Smolinski of Grand Prairie TX; thirteen great-grandchildren; her brother, William Garner Sr.; her aunt, Bonnie Crumley, and uncle, Gene Boatner; other relatives and many friends.

Services are under direction of Fisher Funeral Home of Holdenville. www.fisherfh.net