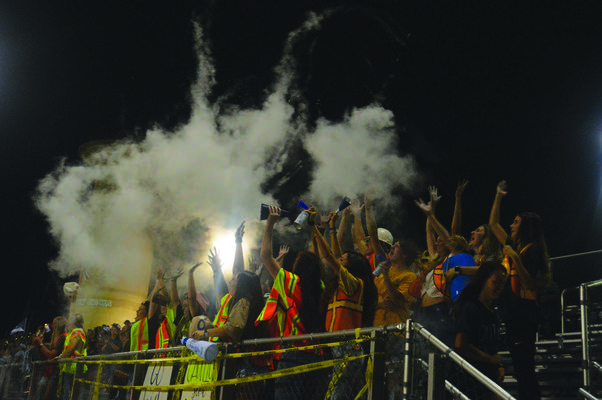 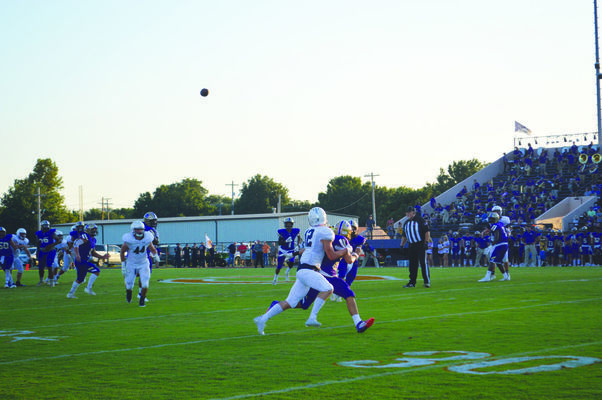 With a 24-21 win on Friday, the Marlow Outlaws were victorious over the Chickasha Chicks for the first time since 1994. Chickasha led the game into the fourth quarter until Marlow surged to score 17 unanswered including two touchdowns in 15 seconds.

After a scoreless first quarter, Chickasha got on the board late in the second with a 2-yard run by Ma’lek Murphy, with a point-after kick by Juan DeLeon. The Outlaws tied it up in the third with Jace Gilbert capitalizing on a Chickasha turnover; Gilbert easily hit the extra point. Chickasha answered with a touchdown pass from QB Cayss Lowery to Ronald Givens.

The score had Chickasha doubled up 14-7 over Marlow heading into the fourth, until Gilbert’s 20-yard field goal narrowed the gap. Nate Herchock grabbed a Lowery pass to put the Outlaws in possession.

A flag on 3rd and 8 would have resulted in a holding call against the Outlaws to make it 3rd and 18; however, a Chickasha assistant coach advised head coach Jerry Don Bray to decline the penalty to make it 4th down and 8 yards. The strategic move failed when Will Bergner’s 26-yard reception from Gilbert brought the Outlaws into the lead.

Marlow stamped the lead down further 15 seconds later when a huge interception by Blake Harris presented no obstacles to another trip to the goal line.

The Chicks scored once more late in the fourth in attempt to close the gap, but Lowery’s TD wasn’t enough to retake the lead.

“We beat a really good and talented football team,” said Marlow head coach Matt Weber. “The main key was how we chased the football on defense and being able to run the ball offensively keeping their passing attack off the field. We never gave up the long TD and made them earn points with long drives, which in turn, forces 5 turnovers.”

The Outlaws travel next to Anadarko, where they will meet the Warriors on their home field. Weber said that the team is looking at another challenging match-up.

“This week things don’t get any easier with Anadarko. They are equally good, but run first and pass second,” Weber said. “Their tailback is as good as we will see this year and their line is enormous. The field will definitely tilt their way. We will have to be at our very best to have a chance. Getting off blocks and tackling are key on defense. Offensively we need to once again try to keep their attack on the sideline.”