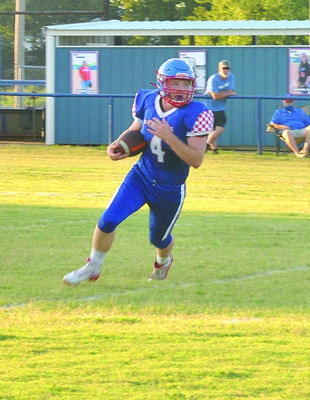 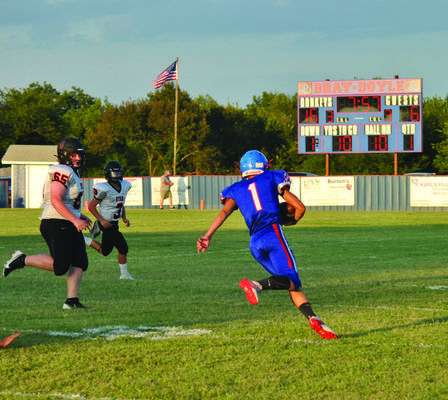 The Bray-Doyle Donkeys team that suited up on Friday for a 60-6 win against Ryan was not the same team that fell to Maysville the week before.

“This team was totally different,” head coach Marcus Knight said. “We had five kids suited out that weren’t last week [against Maysville].”

Indeed, at only ten players during zero week, the team was shorthanded against a tough team. With the sideline at fuller capacity, the Donkeys were able to sub out the line and get players in when they needed to.

Friday’s game against Ryan was also Senior Night for the Donkeys, honoring Tyler Anderson during pre-game. Anderson had over 200 yards rushing on the night.

Knight said that the team is not getting overconfident after the big win.

“Paoli is small, but they’ve got fast kids and they like to throw the ball,” Knight said. “We have to pay attention and get lined up this week.”

The win brought Bray-Doyle to 1-1 for the season.