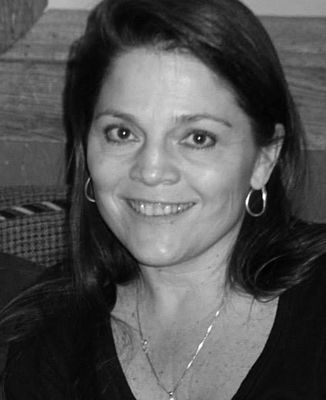 It is with great sadness that the family of Suzanna Skaggs Hawkins shares the news of her passing. Suzanna passed away on October 7th from complications from cancer.

Suzanna was born on August 19th, 1966 to Del Ruth and Bart Skaggs. She spent her formative years in Marlow, where she enjoyed the environment of growing up in a small town, with days spent playing in the neighborhood and laughing and passing time with family and friends. She also enjoyed travels to Europe for several summers, where she and her sisters got to travel extensively with her father.
Suzanna graduated from the University of Oklahoma with a degree in Accounting, later earning her C.P.A. She had a successful career, working in Dallas and later Houston, with a large oil and gas firm from which she retired several years ago. Suzanna then moved home to Marlow to be closer to family. It was in Marlow that she met the love of her life, Mark Hawkins. Together, they were strong supporters to many local persons who were in recovery, always offering words of encouragement, prayer, and tactical support. Suzanna also enjoyed volunteering at church, especially helping with the children’s ministry. Most importantly, Suzanna spent the last several years of her life lovingly, patiently caring for her mother and her sister, Tracy.

Suzanna was fiercely smart (who else could explain Sartre at age 13 to her younger sister and make it interesting?) and beautiful, but also very humble. She was kind and genuine. She could be counted on for advice that was without judgment, well-reasoned, and sympathetic. She was fun. She loved to have a good time and noted and appreciated the eccentricities of people and of life that make it interesting and richer.

Our hearts are broken that Suzanna is no longer with us, but we are comforted by her faith in God and belief that she is with Him now. Cherishing her memory are her husband, Mark Hawkins; her mother, Del Ruth Skaggs; her sissies, Kelly VanderHeyden, Tracy Skaggs, and Carol Anderson along with spouses W. Brian VanderHeyden and Mark Anderson; her nephew, Kyle VanderHeyden, and nieces Jessica VanderHeyden and Caroline Anderson; her beloved cousin, Kay Lou Minshall and her husband Dave Minshall; her special younger cousin, Jaci Wright; and cousins James Wright, Jason Wright, Jerri Kay Eiser, Kyle Brooks, and Jenny Head; her father- and mother-in-law Joe and Patsy Hawkins; sisters-in-law Patty WilHelm, Teresa Knox, and Toni Stevens; and her extended NA family. Suzanna was preceded in death by her father, Bart Skaggs.

A celebration of life will be held outdoors at Eastside Baptist Church on Saturday, October 17th, at 1PM. All are welcome. A private ceremony will take place afterwards at the family ranch.

For God so loved the world that He gave His one and only Son, that whoever believes in Him shall not perish but have eternal life.