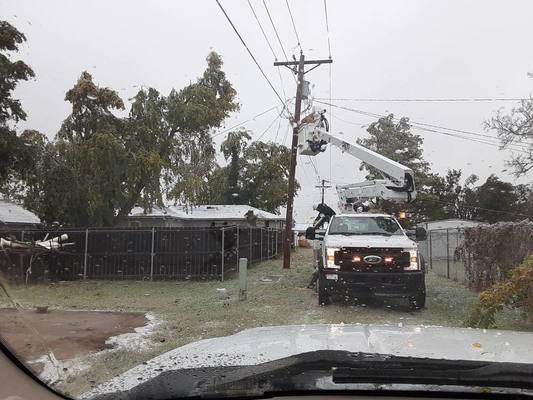 At Tuesday’s regular meeting, the Marlow City Council adopted a resolution calling for an election to elect a Mayor and two Council members, with the filing period scheduled for December 7-9 of this year.

The Mayoral term is coming to a close; the seat was vacated by the resignation of Brian Davis earlier this year and filled by then-Vice Mayor Jeff Prater. The seats of Ward IV, which is currently open, and Ward IV (currently held by Nuell Brown for the unexpired term through 2022) will also be on the ballot.

Notice of Election will be served to the Secretary of the Stephens County Election Board.

Elsewhere on the agenda was adoption of Ordinance 441 which amended Title 3, Chapter 3 of the Marlow Codes of Ordinances that adjusted the amount of annual tax charged for operating a business that serves or sells alcoholic beverages, and Resolution 455 that amends the fee schedule for the annual tax.

“This puts the fees back in line with the actual service we provide,” explained Jason McPherson, City Administrator.

The Council also approved a contractor agreement for removal of dilapidated buildings in the city. McPherson said that this would allow the City to contract for budgeted funds for dilapidated structures.

“If we can get movement on this, we can start on the condemnation process as soon as next month,” McPherson said.

The Council also addressed two projects at the Marlow Cemetery. One was to renovate a trailer that had been moved from Lake Taylor that will serve as the cemetery office. McPherson explained that the trailer had not been used in some time, but that renovating the trailer would be less expensive than build a new building.

“I’d rather spend that money to build a new shop to house equipment and repair equipment,” McPherson explained. “Right now our backhoe, the business end of it sits out in the weather all the time. I’d like to do something to save money for a future project to correct that.”

The other cemetery project will allow the City to contract with Chisholm Trail Consulting to map the cemetery and stake and survey the 2004 addition.

“We would get an electronic map of the entire cemetery, and that is something that has been needed for quite some time,” McPherson said.

He added that a new section would need to be opened sometime in the next 18 months, and the map will facilitate that.

The map would be available at the City offices.

Councilman Neal Moore agreed, stating “This is a neat project that really needs to be done.”

The Council also contracted with Chisholm Trail Consulting for preparation of a bid packet for the street patching project that will be open for bids in January or February. The funds for the project will come from the money saved on the recent cemetery road project, which came in significantly under the amount initially budgeted.

During the meeting of the Marlow Municipal Authority, the Trustees took action to contract with Jeremy Nowlin to remove and rebuild a 16-foot by 16-foot by 8-foot building in the city yard to be used for storage of used transformer oil. Removal and rebuilding will cost $3250.00. The Trustees also contracted with J&E Metal Sales to provide the building materials for $4250.00.

Both expenses will be paid from the Marlow Municipal Authority Capital Improvement Fund.