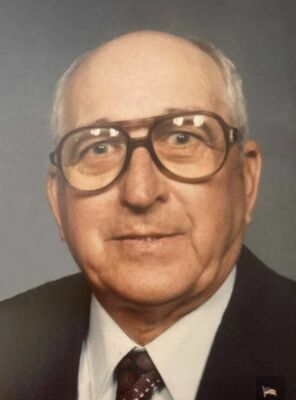 Graveside services are scheduled for Saturday, December 12, at 10:00 AM at Resthaven Memorial Gardens in Duncan with Rev. Doyle Sharp officiating. Arrangements have been entrusted to Whitt Funeral Home.

Ray was born in Shreveport, Louisiana on October 18, 1926, to William Bryan and Annie (Oliver) Prothro. He worked many years in the oilfield as a pumper for Mobil Oil after serving in the United States Army Air Corps and the Army. Ray married Billie Faye Renfro in Shreveport, Louisiana on August 20, 1951. They were married for 50 years before Billie's passing on June 23, 2002. Ray was an avid outdoors man that loved to hunt and especially fish. He was a jack of all trades and could do anything that he put his mind to. He was always willing to help anyone in need with home projects. He enjoyed working and building fiddles and violins. He was very musical and was able to play the guitar, fiddle, violin, and harmonica.