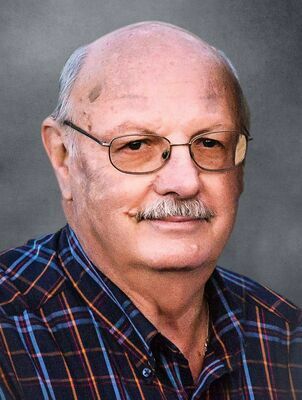 Howard Gene Johnson passed away surrounded by his family on Sunday, December 13, 2020, in Duncan, OK at the age of 71.

Gene was born on April 13, 1949, in Wichita Falls, TX to Howard E. and Nelda L. (Crawford) Johnson. He graduated from Olustee High School in 1967 and went on to earn a Bachelor's degree from Central State University. Gene married the love of his life, Janet LaRue Kulbeth, on September 12, 1971, in Olustee, OK. They were married for 49 wonderful years. Gene worked as an accountant for Halliburton for 40 years before retiring to enjoy his family and farmland. He was a numbers guy who was passionate about building spreadsheets. He was a devoted husband, father, and grandfather who enjoyed keeping up with his grandchildren, but his main devotion in life was to always be a great caregiver to his wife, Janet.

He was preceded in death by his father, Howard E. Johnson; brother, Royce Johnson; as well as two brothers-in-law: Ronnie Voight and Mack Voight.

The family will be receiving family and friends on Thursday, December 17 5:00PM to 7:00PM at Whitt Funeral Home.

Funeral services are scheduled for Friday, December 18, at 1:00PM in the Whitt Funeral Home Chapel in Duncan with Dr. Joe Ligon officiating. The service will be live streamed and can be found on the website on his obituary at www.whittfh.com. Burial will follow in Marlow Cemetery. All arrangements have been entrusted to the Whitt Funeral Home in Duncan.

Memorial contributions can be made to Beautiful Day Foundation or American Cancer Society in lieu of flowers.