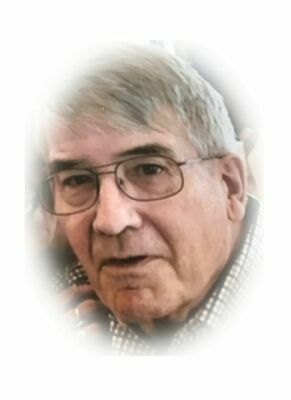 Graveside funeral services will be 1:00 p.m. Saturday, December 26, 2020 at the Marlow Cemetery and arrangements have been entrusted the family care of Carter-Smart Funeral Directors.

Pat was born February 21, 1948 in Marlow, Oklahoma to Durvod (Durb) w. & Opal Fern (Fulton) Davis, he was raised in Marlow and attended the Marlow schools and graduated from Marlow High School with the class of 1966. He attended and graduated from Cameron University in 1970. Pat was President of the first graduating class of Cameron University. He was a member of Alpha Phi Omega Service Fraternity, Who's Who Among Students In America University and Colleges. He paid his way to college by teaching swimming & water safety, and by working through the Department of the Interior at the Wichita Mountain Wildlife Refuge as a lifeguard. Upon graduation from Cameron University, he was commissioned into the United States Army. He married Brenda Moss and together began a three year journey with the Army. First to U.S. Army Corp of Engineers Training at Ft. Belvoir, Virginia, from there to Ft. Wolters, Texas for Primary Helicopter School. Then to Ft. Rucker, Alabama for U.S. Army Rotary Wing Training, with another training at Ft. Campbell, Kentucky before to Viet Nam. Pat was discharged from the United States Army with the rank of a First Lieutenant in July 1973 , he was employed with Oklahoma Farm Bureau Insurance Company in Mangum, Oklahoma. He then worked as a real estate appraiser with Duncan Savings and Loan. When the Lawton Goodyear Tire and Rubber Company opened in 1978, Pat was in the group of early employes. He worked in many areas starting as manager of the Banbury Control Room, Quality Control; Accounting Department and retiring as a Senior Buyer in the Purchasing Department in 2010, Pat and Brenda were members of Life Church in Oklahoma City.

Pat was an avid hunter and skeet and trap shooter. He took great pride in teaching others gun safety and how to hunt. Pat was lifetime member of the National Rifle Association. He was also a good lay-carpenter. He loved his God, his family, his country and friends.

The last couple of years, his frontal temporal lobe dementia prevented him from doing the things he loved, but he enjoyed meeting and talking to people everywhere he went. While he could not remember his sons names, he always said " they are mighty fine men."