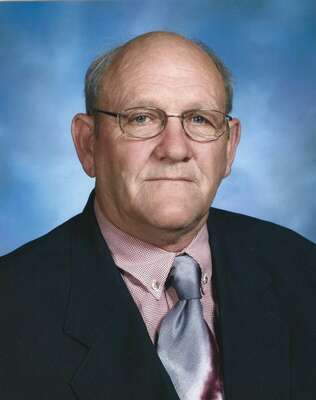 He completed his earthly journey on January 20, 2021 at

the age of 69 from complications of COVID-19 in Duncan .Visitation will be Friday, January 22, from 5:30

Home Chapel with Rev. David Hale officiating. Live streaming will be available on www.whittfh.com on his obituary page.

Serving as pallbearers will be his nephews and honorary pallbearers will be James Layn, Jimmy Bigham, Cash Wright, Raymond Rice, Jeff Hart, the late Rodney Branum, and the late Jug Garrett. Interment, with Rev. Terra Sisco officiating, will follow in the Marlow Cemetery. Arrangements have been entrusted to Whitt Funeral Home.

After graduation, he joined the Army National Guard. On January 10, 1970 he married Rosemary Johnson in Marlow

. They had three children–Leslie,Jason and Trevor. He was employed as a journeyman lineman for Cotton Electric for many years before an

attended all events at Velma-Alma schools and watched college sports. His pastime was playing

on the computer. Jimmy served on the Velma Alma School Board for 30 years.

He had a good, positive attitude and a great sense of humor.

Jimmy is survived by his wife of 51 years, Rosemary; son, Trevor and wife Mindy Nichols of

City. He was preceded in death by his parents; daughter, Leslie Nichols; son, Jason Nichols; and

sister, Janet Hampton. In lieu of flowers, memorial contributions in his honor can be made to the donor’s charity of

choice. Online condolences can be made to the family at www.whittfh.com