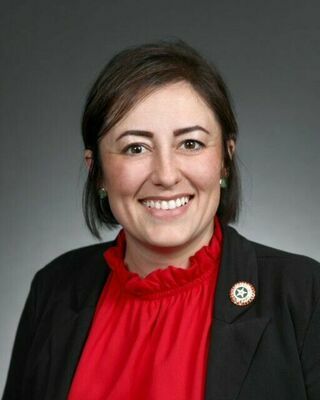 Over the past week, I’ve spent time reflecting on the national political scene and can’t help but think of how fortunate I am to work with my colleagues in the Oklahoma Senate. I’ve seen posts recently on social media about how women have “finally gotten a seat at the table”. Although I appreciate and understand that perspective (given the fact that it has taken our country 244 years to elect a woman to the White House), I feel blessed to never have felt as if I don’t “have a seat there”. I agree, the election of the first woman to the Office of Vice President is an incredible accomplishment for women of all ages, races, and political beliefs, but over the past few months, I’ve never felt anything other than equal. In fact, looking back at my journey, three out of the four candidates in the race for Senate District 43 were female. It’s amazing to me that three women ran in one race; that alone is empowering.
I lost count of how many times I was asked, “Who will raise your children if you get elected?” Sadly, many times it came from other women. We’ve got to stop shaming women who make a priority out of personal success. It is possible to be a mom, a wife, and a public servant, all at one time. I had an online meeting recently on a Saturday morning with Sen. Carri Hicks and later posted on my Facebook a picture of both of us with children crawling all over us while we worked via Zoom. I pointed out two very important lessons that were evident from that one picture; I’d love to share those with you now.
Senator Carri Hicks is a mom and wife, who happens to be a Democrat. She and I will probably disagree on policy much more than agree, but we’ve got to get to a point in this country where we can work together and find ways to compromise on policy so that it best benefits all Oklahomans. This doesn’t mean compromising our core beliefs or values; it simply means that we must take good policy and find middle ground. We have become such a divided country and as Abraham Lincoln once said, “A house divided against itself cannot stand.” For an hour and a half, Senator Hicks and I set our differences aside in order to work for the common good of Oklahomans. It’s possible.
As we worked, we extended grace to one another; her kids needed help with rollerblades and mine made ridiculous faces at the screen as she “helped me work.” To all of you women out there who are trying to decide between public service and parenting: you can do both. I’ll be the first to admit that it looks a little chaotic (and that sometimes my children eat cereal for dinner and wear Halloween costumes to the grocery store), but some of the best memories my children will have will include the Senate family and the Capitol. I will never apologize for that. Does my family have it all together? Do I always get home on time to cook dinner? Are their clothes always perfectly ironed? No. No. And no. But they know they are loved, they know my world starts and ends with them, and they will grow up knowing that their mom and dad made incredible sacrifices in order to provide a better life for them.
To summarize, I want to end with the fact that my colleagues in the Senate make me feel nothing other than equal; they don’t treat me like a “female Senator”, they just treat me like a Senator. I think as soon as we normalize women in positions of leadership by treating them as equals and not specifying them as “female Senators,” “female pilots,” “female business owners,” etc., we will never get ahead of the stigma that a successful woman is a novelty. Yes, Vice President Harris is the first female vice president, but instead of first identifying her as female, let’s identify her as the 46th Vice President of The United States of America, who happens to be female.
If you have any questions or concerns on legislative matters, please contact me at the Capitol. Please write to Senator Jessica Garvin, State Capitol, 2300 N. Lincoln Blvd. Room 237, Oklahoma City, OK, 73105, email me at Jessica.Garvin@oksenate.gov or call (405) 521-5522.