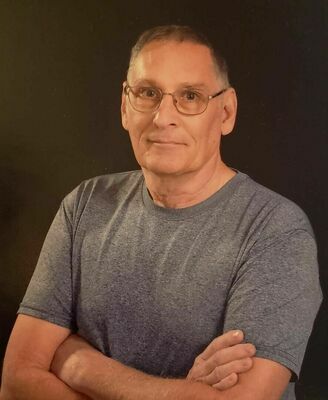 Kenneth Ray Baldwin was born October 15, 1954 in Duncan, Oklahoma to Jack Marion and Ethel Danell (Austin) Baldwin. He passed away unexpectedly on Saturday, March 13, 2021, in Duncan at the age of 66.

The family will be receiving family and friends at the Whitt Funeral Home in Duncan for viewing on Tuesday, March 16, from 5:00-7:00 P.M.

A Celebration of Life will be held on Friday, March 19, at 2:00 P.M. at the Immanuel Baptist Church with Pastor Todd Davison officiating. Honors will be presented by his fellow brothers. Arrangements have been entrusted to Whitt Funeral Home/Oakcrest Cremation Center.

Kenneth graduated from Empire High School with the Class of 1973. He married Deborah Theresa Mullen on March 3, 1980 at Wichita Falls, Texas. In addition to his job as a 911 dispatcher for the City of Marlow, he purchased a local print shop, Sooner Grafix, in 1995. He also served as a volunteer firefighter for the Empire Volunteer Fire Department for more than 20 years before retiring. He enjoyed fishing, shooting guns and working on cars. His church was very important to him. He was a great neighbor, friend to many, and was always willing to help others. Kenneth was a loving family man. He loved his grandchildren very much, as well as his fellow policemen, firemen, and EMS workers.

He was preceded in death by his parents and brother, Randy Baldwin.