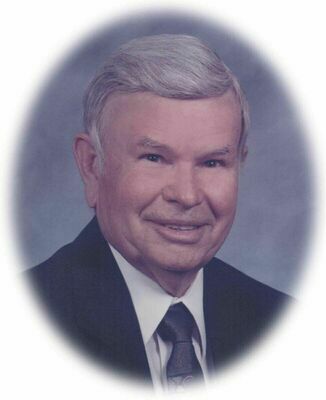 Cremation and all arrangements have been entrusted to Callaway-Smith-Cobb Funeral and Cremation Services in Marlow.

Vernal was born Monday, May 9, 1927 in Ryan, to L.C. "Buck" and Margaret (Ray) Rowland. He attended school at Owens Prairie and Bray, and started working at Halliburton as a machinist when he was 19 years old. Vernal was employed by Halliburton for 36 years, until he opened his own shop, Rowland's Machine. He was a proud member of the United States Marines, serving in China, at the end of WWII. Vernal met Marcella Robertson and they were married June 5, 1948 in Wichita Falls, TX. They celebrated 60 years of marriage until she preceded him in death in 2009. He later met Dolores Shahan, and they were married July 15, 2009 at Fifth Street Baptist Church, and celebrated 11 years of marriage together. Vernal enjoyed keeping his yard nice, planted lots of trees and flowers, and always had a big garden. He enjoyed reading his Bible and studying his lesson plans for the week. Most importantly, he loved his family and spending time with them. He will be greatly missed.

In addition to his first wife, Vernal was preceded in death by his parents, and 3 brothers, L.C. "Sonny" Rowland, Lee-Roy Rowland, and Wesley Rowland.