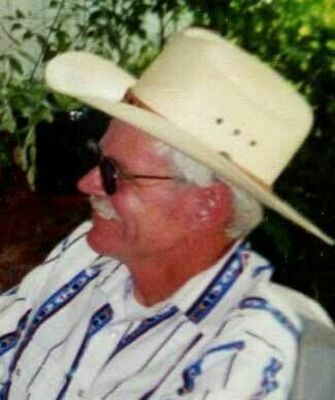 Funeral Services at New Salem Baptist Church, northwest of Walters, OK, Saturday, July 10, 2021 at 2:00 p.m., Wesley Robertson officiating with eulogy by Rick Shondelmyer. Interment in the Walters Cemetery under the direction of Hart-Wyatt Funeral Home in Walters. Gary Dean Copass was born to Grover Dean and Emma Jean (Palmer) Copass on December 19, 1954 in Lindsey, OK and departed this life in Walters, OK on July 4, 2021 at the age of 66 years, 6 months and 15 days. Gary grew up in Walters from the age of 6. He married Glenda Kay Hutto on February 17, 1971 and soon entered the U.S. Air Force at 16 years of age. To the union 2 children where born, Katie Sue and Gary Michael. He later married Mitzi Iona Lovett on February 11, 1977 at New Salem Baptist Church, and they added Helen and Jason. Coming out of the service Gary worked with his dad at Copass Roofing. He then worked at the family service station, was a farm hand, did welding for a time, worked for the US Postal Service in the early 1980’s and then did Piping into the 1990’s. He hauled new trailers cross country for a time and the couple eventually moved to Marlow where he worked for Marlow Public Schools. He tried his hand a Chem-Dry Carpet Cleaning and soon moved to Arkansas working for Ozark Cedar Mill. His last employment was with F&F Supply in Sims, AR, doing plastics welding, which he thoroughly enjoyed. The couple returned to Oklahoma in 2009. He was a member of First Baptist Church in Temple. He enjoyed fishing, woodworking and leather craft, and they camped when the kids were younger. He was an avid gardener, loved farming and watching the cows. Gary was truly a gentle man and a kind soul. He was preceded in death by his father, Dean Copass; Survivors include, his mother, Jean Copass of Duncan, his wife Mitzi of 44 years; 4 children, Katie Sue Copass of Lawton, Gary Michael Copass of Geronimo, Helen Marie Bridges of Mt. Ida, AR, Jason Copass and Kate of Fetcher, OK; 4 siblings and spouses, Janet and Gary Huckabay of Thompson Station, TN, Keith and Sherrie Copass of Walters, Archie Lynn Copass of Duncan, Marla and Dennis Richardson of Waurika, OK; 16 grandkids, Joshua, Wesley, Danielle, Christian, Victoria, Callie, Caleb, Owen, Ella, Emmalee, Mae, Amos, John Luke, Brock, Asher, Maverick; 2 great granddaughters, Maddi and Eleanor; several nieces and nephews, other beloved relatives and friends.