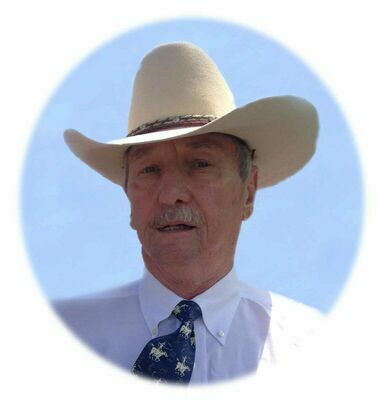 Funeral Services will be held at 2:00 PM, Friday, July 9, 2021, at the Callaway Smith Cobb Chapel in Marlow. Burial will be in the Marlow Cemetery under the direction of Callaway-Smith-Cobb Funeral and Cremation Services in Marlow.

Johnie was born Monday, January 10, 1944 in Marlow, to Malcolm "Mac" and Eula (Bailey) Mayes. He attended Stover School until his 8th grade year. Johnie completed his high school years at Marlow High School and graduated in 1961. Johnie enlisted in the United States Army in April of 1964. After completing his basic training, he completed his officer and artillery training, followed by Flight School. In flight school, he learned to fly the UH-1 and OH-23 helicopters. Johnnie would go on to receive his Lieutenant Commission in 1967 and deployed to Vietnam in 1968. Throughout his career in the Army, he was awarded with many medals for his flight skills and logged over 1400 flying hours. Johnie served two tours in Vietnam and was awarded the Distinguished Flying Cross on two separate occasions. After leaving the military as a Captain, he went to work for Halliburton. Between the Army and Halliburton, Johnie traveled, lived, and/or worked in 34 different countries.

In 2007, fate threw Johnie back into the path of his high school girlfriend, Linda Riley. It was not long after their reconnection, they realized they were destined to be together. On January 10, 2014, they got married and were blessed with 7 wonderful years of marriage before his passing. During their years of retirement, they traveled all over the United States and Canada.

Johnie loved to map out vacations and had a unique ability to find the most unusual and interesting little stops along the way to the destination. Johnie lived the quote “Life isn’t about the destination, but the journey that gets us there.” and he brought this to life for all of those around him.

He enjoyed fishing, hunting, scuba diving, and listening to music. Johnie also enjoyed working with leather, traveling, and winning at different casinos (and he always won). He was a collector of many things and took great pride in his collection of knives. Most importantly, Johnie loved his family and his friends. His absence will be felt and he will be deeply missed.

Johnie was preceded in death by his parents and grandparents.