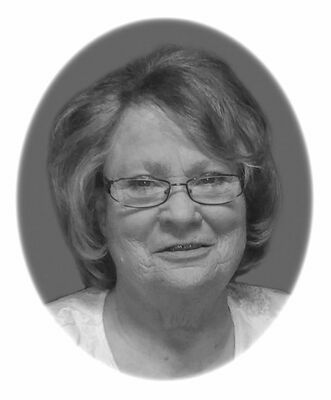 Graveside services were held at 2:00 PM, Wednesday, September 8, 2021 at the Fairlawn Cemetery with Rev. W.R. Workman officiating. All services will be under the direction of the Callaway-Smith-Cobb Funeral Home and Cremation Services in Marlow. Gloria Inez (Gilland) Parkhurst was born November 25, 1952 in Oklahoma to Veda Inez (Payne) and Jessie Franklin Gilland, Sr. She was raised in Comanche, where she attended school and graduated in 1971. She went on to attend Great Plains Vo-Tech and obtained her nursing license. She worked as an LPN at Duncan Medical Center and P&S Hospital. During this time, she met the love of her life, Lynn Parkhurst. They were married in December of 1974 and made their life together in the Stephens County area for 47 years. She worked several different jobs through the years including Plato Manor Nursing Home, Meridian B & B, Halliburton, Universal, and Valco. After retirement, she enjoyed playing with her grandkids and working in her flower beds. She enjoyed putting puzzles together, crossword puzzles, sudoku, coloring, and reading a good book. She was an active member of Calvary Baptist Church of Marlow where she played the piano, sang with family and friends, taught the nursery class, directed VBS, was church secretary, and accompanied the pastor to many nursing home services in their 20+ years of ministry together. Gloria is survived by her husband, Robert Lynn Parkhurst of Duncan; 2 daughters - Kay Lynn Ruth of Duncan, and Kasey Vance and husband Nick of Duncan; 6 grandkids - Tyler Sleeker and wife Jacobi of Marshall, TX, Jonathan Sleeker and wife Hanna of Fort Riley, KS, Kandace Ruth of Duncan, Kylie Brown and spouse Hunter of Duncan, Cody Brown and wife Reavin of Duncan, and Trent Brown of Duncan; 7 great-granddaughters - Mackenzie, Jescey, Hazel, Josiphine, Coraline, Kimber, and Alexandra; 3 brothers - Donald Reynolds of Plano, Gerald Gillard and wife, Susan, of Comanche, George Gilland and wife, Patricia, of Stillwater; a sister, Tammy Allen and husband, Pat, of Murfreesboro, TN; Sister-In-Law, Ronda Gilland of Duncan; Father-In-Law, Robert Parkhurst of Duncan; 2 Brother-In-Laws - Dean Parkhurst and wife, Tammy, of Duncan, and Phil Parkhurst and wife, Brenda, of Duncan; and numerous nieces, nephews, cousins, aunts, and friends. Gloria was preceded in death by her parents, two brothers, Jessie Gilland Jr. and William Gilland, Sister-In-Law, Mary Ann Gilland, Mother-In-Law, Nadine Parkhurst, and grandmother, Linnie Pitcock. Pallbearers will be Gloria's grandchildren.