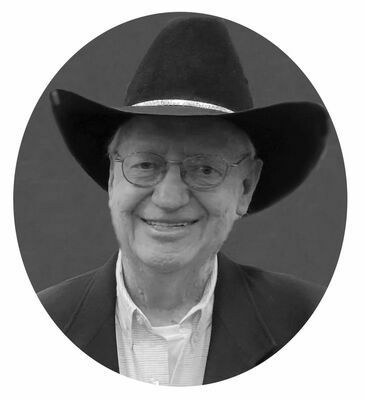 After a long life of outdoor adventures, antique collecting, and family memories Terry Jones of Marlow passed away on September 02, 2021.

Funeral services were held at 10:00 am, Wednesday, September 8, 2021, at the Glory Bound Church, with Rev. David Woods officiating. Burial will be in the Marlow Cemetery under the direction of Callaway-Smith-Cobb Funeral Home in Marlow.

Terry was born Sunday, February 15, 1942 in Marlow to Buck and Maudeen (Cowley) Jones. Terry grew up and graduated from Bray High School with the class of 1960. He married Charolette Russell on May 12, 1962 in Bray; they were together for 30 years. He later married Sharon Pryer, whom he shared his life with until her passing in 2010. Terry was a barber in Marlow for 14 years, at one time owning Jones’ Barbershop with his dad, Buck. He was an agent for Farm Bureau Insurance retiring after 36 years. He owned his own office in Marlow and then transferred to the county office in Duncan.

Throughout his lifetime, Terry was an avid collector with many hobbies. He collected and worked on grandfather/mantel clocks and rare Aladdin lamps. He enjoyed acquiring and trading guns, especially Ruger No. 1s and Thompson Center Contenders. He relished spending time with like-minded friends at Gun and Lamp shows. He enjoyed traveling, bird watching, gardening, and hunting. Highlights of his hunting career include shooting an 18-point buck and spending time with his grandchildren at deer camp where he cooked waffles on his antique cast iron waffle maker over an open fire.

Terry served as a leader in the Marlow community. He was a local business owner, owning 2 convenience stores and a drive in restaurant. He enjoyed being a Marlow Volunteer Firefighter, retiring after 20 years service. He was a member and president of the Marlow School Board, and one of the original members of the Marlow Jaycees and the Marlow Century Club. He was a member in good standing of the Red Red Rose, a proud lifetime member of the National Rifle Association, the Marlow Chamber of Commerce, and the Lions club.

He will be greatly missed by his family and friends. His daughters will remember his humor, his numerous stories, and his love of popcorn. They will always cherish the advice and guidance he gave them, whether they wanted it or not. His grandchildren will remember the life lessons he taught them about being on time (because breakfast was served at 6 and if you weren’t there you didn't eat), the value of hard work, and the stories that he told them when their moms were not around. The great grandchildren will remember him “as the old man in the woods”, who always had the best cookies and peppermints sticks at Christmas. He will be greatly missed by his family and friends.
Survivors include, 4 daughters, Terrina McCarley and husband Gary of Marlow, Charmen McCaslin of Marlow, Wendy Freeman and husband Rodney of Marlow, Marci Self and husband Ken of Marlow, step-daughter, Shaneen Huebert and husband Rick of OKC, 10 grandchildren, Kevin McCarley and wife Amy, Cody McCarley and wife Charlee, Calee Colvin and husband Kyle, Justin McCaslin, Kris McCarley, Cameron Freemon, Erin McCaslin, Trent Self, Aaron Huebert, Aubrey Huebert, 8 great-grandchildren, Annabell, Roseann, Graham, and Daniel McCarley, London and Mark McCarley, Ella and Easton McCaslin, Braxton Colvin, brother, Mike Jones and wife Leona of Marlow, sister, Mary Patterson and husband JC of Collinsville. Terry was preceded in death by his wife, his parents and a brother, Jackie Jones. Online condolences may be made to www.CallawaySmithCobb.com