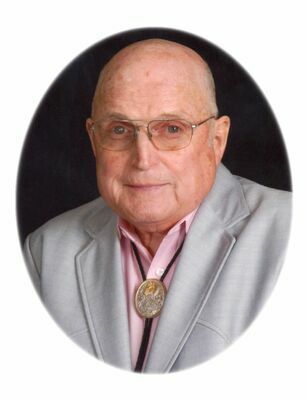 Donald "Don" Clifton Singleterry, 78, passed away Wednesday, September 22, 2021 in Wichita Falls, TX. Funeral services were held at 10:30 AM, Monday, September 27, 2021, at the Eastside Church of Christ in Duncan, with Ron Stough officiating. Burial will be in the Marlow Cemetery under the direction of Callaway-Smith-Cobb Funeral and Cremation Services in Marlow. Don was born Wednesday, September 23, 1942 in Marlow, to Auther and Catherine (Shirley) Singleterry. He was a 1961 graduate of Marlow High School. Don lived in the Stephens County area all of his life, and owned and operated Singleterry Texaco for more than 25 years. He was also a proud member of the National Guard. Don married Linda Taylor in June 1961, and they celebrated more than 13 years of marriage before she preceded him in death in 1974. He later met Pat Crittendon and they wed on August 2, 1975 in Rush Springs. Don and Pat celebrated more than 46 wonderful years of marriage together. He was a member of several organizations including The Rush Springs Lion Club and The Rush Springs Jaycees. Don was a longtime member of Eastside Church of Christ in Duncan. He had quite the green thumb and was always great at gardening. Don loved animals, and enjoyed fishing, camping, and ranching. More than anything, he loved his family and cherished the time he spent with them. Survivors include, wife, of the home, daughter, Barbie Gomez and husband Bruce of Blanchard, 5 grandchildren, Nichole Reeves and husband Byron, Charles Gomez and wife Sherry, Jessica Hartline, Christopher Hartline and wife Dixie,and Ashlie, 9 great-grandchildren, brother, Foster Singleterry and wife Kathy of Marlow, and numerous nieces and nephews. In addition to his first wife, Don was preceded in death by his parents, daughter, Shirley Hartline, and 4 brothers, Delray Singleterry, Duane Singleterry, Keith Singleterry, and Wayne Singleterry. Pallbearers will be: Bruce Gomez, Charles Gomez, Byron Reeves, Kelsey Avants, Bill Ridley, and Harmon Parks. Online condolences may be made to www.CallawaySmithCobb.com