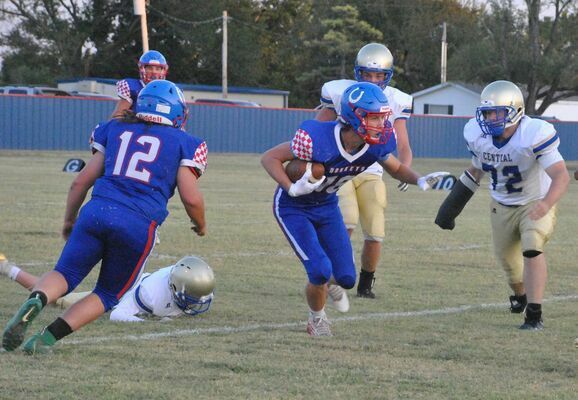 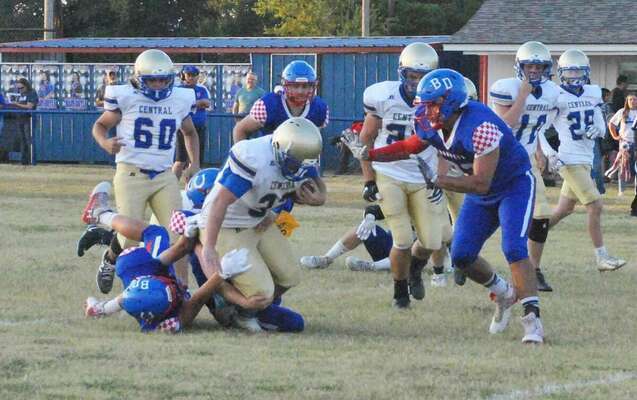 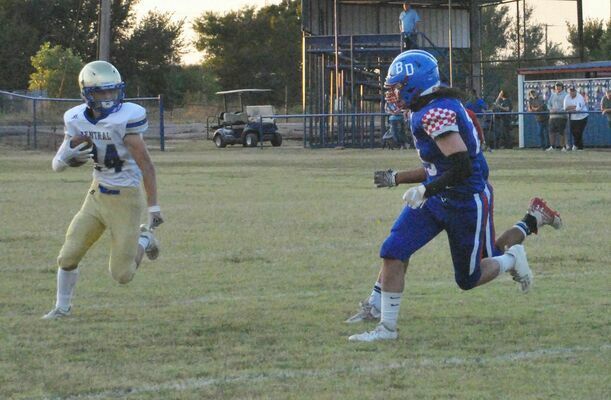 The Central High Bronchos are 3-2 on the season after holding the Bray-Doyle Donkeys scoreless at Friday’s game. The Bronchos put up 34 against the Donkeys to bring home the Stephens County Cup and their second win in a row.

The homecoming match-up at Bray put the Donkeys 1-4 on a season plagued by injuries and turnovers.

“We’ve got to quit turning the ball over,” Bray-Doyle Head Coach Marcus Knight said. “They controlled the clock and the ball.”

Both teams have a bye this week, and Knight said that the Donkeys were going to use the time to heal up and regroup.

Central High Head Coach Gerald White said that keeping Bray-Doyle out of the end zone was the plan for the Bronchos heading into Friday’s game.

“We ran for over 400 yards and were able to hold Bray scoreless, which our boys had the goal of,” White said.

The Bronchos are also focusing on improvements during their break leading up to district play.

“We still are committing too many turnovers and penalties, but we are learning from our mistakes and hope that we can use these teachable moments to our benefit the rest of the year,” White said. “We’re in a similar situation as last year, record-wise, but we’ve made some strides in the right direction so far. We’re looking forward to competing with the teams in our district and see where the chips fall.”

Bray-Doyle begins district competition on October 7 at home against Alex and Central High will host Snyder on October 8.