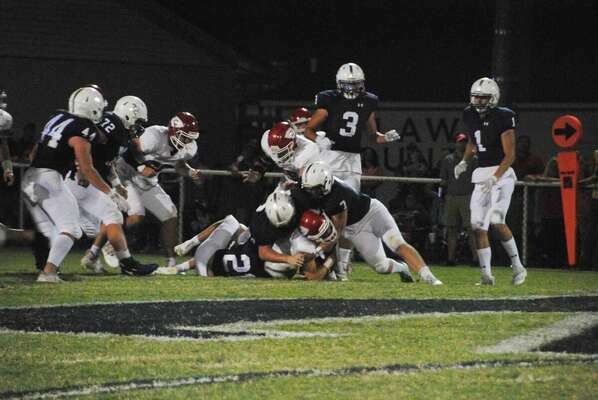 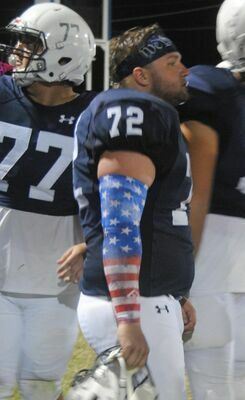 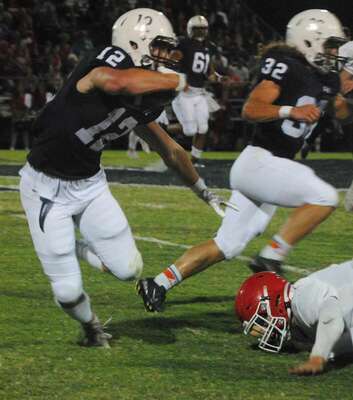 The Marlow Outlaws are on top of District 2A-4 after Friday’s 36-0 shutout over Comanche in the first game of district play.

Head Coach Matt Weber said that despite some injuries, the Outlaws continue their march through the schedule to their playoff goal.

“We are a little bumped and bruised as a football team midway through our season,” Weber said. “Luckily, all with injuries are expected back at some point.”

One injured Outlaw is Julian Marroquin, who hit 1000 career rushing yards in the first quarter of play against the Indians while making a 37-yard run to the end zone for Marlow’s first score of the game. The touchdown was Marroquin’s eighth of the season.

Marlow’s deep bench will be a benefit going forward, according to Weber.

“A luxury we have is numbers so we have developed depth,” Weber said.

Marlow and Comanche were both undefeated going into Friday’s game, and the Outlaws saw the meet-up as a precursor to post-season challenges.

“We feel Comanche is a good playoff football team and it was nice to be tested early,” Weber said. “The win over Comanche was exciting because of the rivalry, but more important, puts us 1-0 in the district.”

The Outlaws have only allowed opponents 30 points in the first four games of the season, and have not had a single turnover.

Quarterback Jace Gilbert is 34 for 43 with 727 passing yards and 7 touchdowns; he’s also responsible for 22 point-after kicks and 4 rushing TDs. Marlow’s average punt yardage is near 40.

The Outlaws travel to Lindsay on Friday, where the Leopards are 2-2 on the season and 1-0 in District play after a 40-34 win over Coalgate last week. Marlow defeated Lindsay 47-0 when the teams met in the 2020 season.

Weber said that he is optimistic about the Outlaws’ progress.

“Our football team simply needs to continue to improve weekly and our goals are attainable,” Weber said.