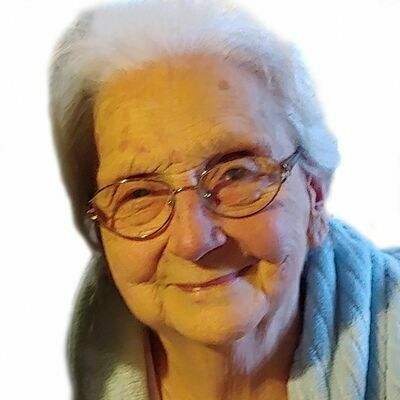 A gathering of family and friends will be at 4:00 PM, Thursday, October 7, 2021 at Callaway-Smith-Cobb Funeral Home in Marlow. Burial will be in the Marlow Cemetery under the direction of Callaway-Smith-Cobb Funeral and Cremation Services in Marlow. Visitation will take place on Wednesday from 8:30 AM to 8:30 PM at the funeral home. Wilma was born Wednesday, January 11, 1928 in Marlow, to William Francis and Virginia (Carter) Lawler. She was a graduate of Marlow High School and later attended Cameron University in Lawton, and Our Lady Of The Lake University in San Antonio, TX. She married the love of her life, Donald Day Dean, August 25, 1946 at the First Christian Church in Marlow. Wilma and Donald celebrated 60 years of marriage until he preceded her in death on October 29, 2006. From this union, they were blessed with 4 children and many grandchildren and great-grandchildren. After Wilma's marriage to Donald, they moved to Stillwater and she taught swimming for the city's recreational program. She later taught swimming at the Midwest City and Tulsa YMCA. Wilma was also very active in Girl Scouts and was presented with an honor pin for 25 years of volunteering. In 1973, she and Donald moved to Edmond, where she would become Director of the First Christian Church Daycare for 3 years. Wilma always loved working with children, and after all of her children were grown, she taught 5th grade elementary and the 12 year old special education classes in San Antonio for a while. She always referred to Marlow as home, and lived here for the last 33 years of her life. She enjoyed swimming, dancing, bowling, and bridge. Above everything else, Wilma loved her family and the time she got to spend with them. Survivors include, 3 daughters, Marcia Sewell, Jo Donna Ray, and, Lynne Nichols and husband Don, and daughter-in-law, Karen Dean. Wilma was preceded in death by her husband, Donald, son, Jeffrey Dean, parents, and 2 brothers, Wayne Lawler and William "Bill" F. Lawler Jr., sister, Pearl Ballew, and son-in-law, James Sewell. Online condolences may be made to www.CallawaySmithCobb.com