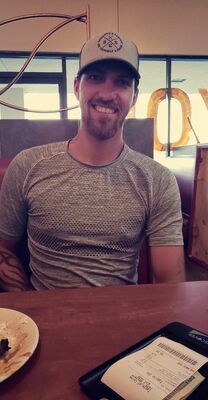 Dustin “Eli” Davies was born on December 22, 1996, in Velma Oklahoma to Farrah Snow and Dustin Davies. He passed away October 9, 2022. Eli attended Marlow High School and later Truck Driving School where he obtained his CDLs and worked as a long-haul trucker with his trusty sidekick Roo. In his spare time, Eli loved to go to the lake and play guitar and the piano. He had an incredible talent for music and drawing. He had a beautiful heart, loved animals and babies and they loved him. Survivors include his parents Farrah and Erick Snow and Jamie and Dustin Davies, stepdaughter Hazel Beaty, siblings Emma Davies, Skyler Snow, Zoey Davies, Katie Dobbins, Hannah Dobbins and Thomas Dobbins, Grandparents Beverly Johnson and Diane and Dan Davies. He was preceded in death by his Grandfather Johnnie Johnson. On October 16th. Eli was laid to rest in a private ceremony on his family’s farm.