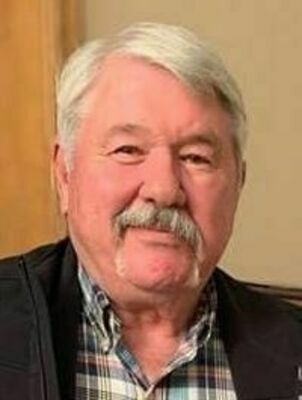 Jerry “Randal” Lovett, 68, passed away on October 22, 2021 at his home near Marlow, Oklahoma with his family by his side. He was born January 8, 1953 in Bethany to Glenn and Virginia Lovett.

Randal graduated from Marlow High School in 1971. After high school he attended Cameron University and Southern Bible College. While attending Southern Bible College he met the love of his life, Angela June Combs. They were married August 7, 1972 and soon returned to the Marlow community to build their life together. Randal began working for Halliburton Energy Services in 1973 as a machinist and retired after 35 years.

He loved his family and the Lord. He accepted Jesus as his Savior as a boy at Gospel Beams Church and lived his faith each day. Over the course of their marriage, he and Angela served the church in many capacities but the one that brought the most laughter and memories were their days as youth leaders.

Randal was devoted to his family. He and Angela loved to travel together; seeing much of the country over their 49 years of marriage. They traveled to many beautiful places, but Colorado was always his favorite. Many family memories were made around the campfire or on a dirt bike riding over the mountains. Randal loved the outdoors and when they were home, he could be found outside working with his cattle, playing on the tractor, or tinkering in his shop. After his kids were grown, he loved spending time with the grandkids, having the house filled with his family brought him so much joy.