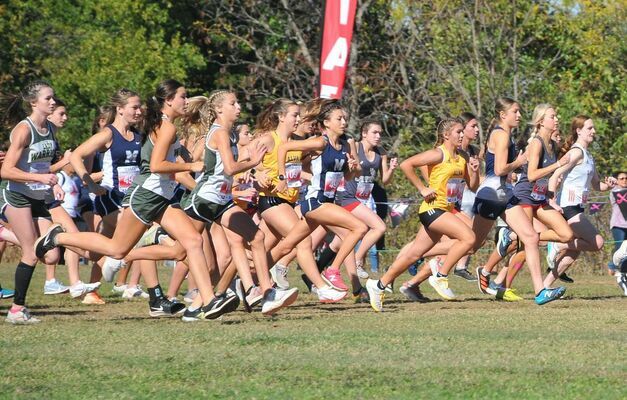 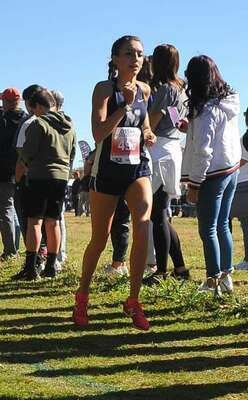 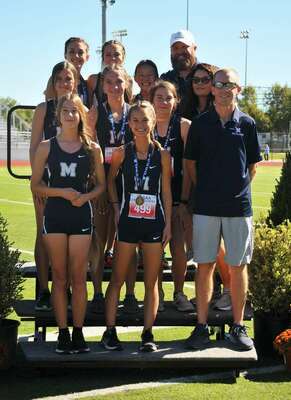 The Marlow girls’ cross country team had their best State showing since 2012 at Saturday’s 3A championship meet, taking third overall, just one point ahead of the fourth-place team. Korie Kizarr tacked on her fourth All-State finish at the meet to end her senior season.

Head Coach Mikey Eaves said that Kizarr, who placed tenth with a time of 12:44.01, earned her All-State success for four years through leadership and hard work.

“I am really going to miss not only the talent that Korie brings to the team, but the leadership and work ethic she brought every day,” Eaves said. “Every team and school needs a young lady like Korie on their team. I am so proud of her and all her accomplishments the last four years.”

Eaves said that the Lady Outlaws’ success in the 2021 season came from the team environment and the girls’ support for each other.

“These girls have been one of the funniest groups I have been around and they loved being around each other every day,” Eaves said. “As a coach, I know that is a big part to any success of a team: the kids’ love for each other.”

Eaves emphasized the dedication of all team members, including several who had personal-best times at State and the tight margin to clinch the third-place spot.

“This was the best team place since 2012 on the girls’ side and it couldn’t have happened to a better group,” Eaves said. “The reaction from the team on knowing they finished third – just one point ahead of the fourth-place team – was priceless and I love that they each had a huge part in all of it.”

Kyah Blundell is one Lady Outlaw who ran her fastest time at State, 13:22.24 to place just outside of the top 20.

“[Blundell] stepped up and ran extremely well,” Eaves said. “I look forward to making a push at an All-State spot next year during her senior year.”

Freshman Lily Thompson also ran her personal best for the two-mile run and Eaves said he looked forward to seeing her performance in the coming seasons.

“[Thompson] has a ton of talent and really showed that Saturday...You can always count on Lily to step up when you need her. She is going to be really fun to watch the next three years,” Eaves said.

Brileigh Soell is another freshman with potential, according to coaches. Eaves said that her determination to make the varsity team paid off.

“She improved every week and showed that she belongs where she is…I am super excited to see her grow through her cross country career,” Eaves said.

Eaves also said that Ari Gomez, who moved to cross country from softball this season, would be one to watch in the future. Gomez overcame some health issues in previous weeks to take her spot on the varsity team at State and battled through to help the Lady Outlaws make it to the podium.

Eaves said that Skylar Ramsey also powered through to help the team, owing to her goal-setting and determination.

“[Ramsey] is one of the hardest working, most determined young ladies I have ever met. She has goals and wants to meet them however she can,” Eaves said.

The head coach also credited Lauren Ivory’s vocal leadership with the Lady Outlaws and is looking forward to her continued improvement for the next two years.

“We strive off her reaction to things and when she is all in, the whole team is all in,” Eaves said. “She was really excited to run this year at the state meet and with a week of personal best times in practice, she prepared well. I am excited for her and the next two years and seeing her grow as a leader and a runner.”

Eaves also pointed out that the entire Marlow girls team had a positive impact on the season’s success, and that Jessica Bayless, Keilyn Turpin, and Myleah Bearce helped push the team toward the goal of the podium. He added his appreciation to the community as well.

“I would like to thank all the community of Marlow for their support for this group of girls,” Eaves said.