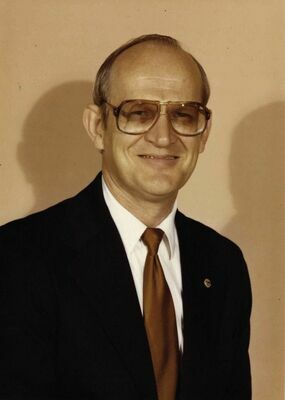 Charles Noble Morris was born May 3, 1938 to Stanley Victor Morris and the former Virginia Maybelle Grimm in Bristow, Oklahoma. He was preceded in death by his wife and parents. He is survived by his sister, Barbara Simpson of Perry; daughters Beverly Morris of Marietta, Lisa McKee and husband Mike of Oil City, and Gretchen Morris of Tulsa; son David Morris and partner Carol Martin of Edmond; two grandsons, Charles Studler and Joe McKee; and his beloved dog, Pistol Pete. Charles passed on November 7, 2021, in Tulsa at the age of 83. Charles married Beverly Inez Shoemaker on May 4, 1957 in Tulsa. They were married 54 years at the time of her death in 2011. Charles managed the Family Dollar in Marlow before retiring in 2011. He was the manager when the original store had its grand opening. His daughter, Gretchen, lived in Marlow for 11 years and was the Band Director for Bray-Doyle Schools during that time.