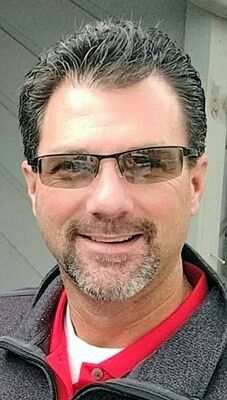 David “Craig” Webb, 49, was born August 1, 1972 to Michael Dane Webb and Karen Elaine Worley in Duncan, Oklahoma. He passed away surrounded by his family on December 5, 2021 in Oklahoma City.

Visitation will be Thursday, December 9, from 5:30 to 7:00 P.M. at Whitt Funeral Home. Services are scheduled for Friday, December 10, at 2:00 PM at Fair Baptist Church in Empire with Brother David Standifer officiating, with Matt Lang and Danny Webb assisting. Burial will follow in the Marlow Cemetery. Arrangements have been entrusted to the Whitt Funeral Home, Duncan.

Craig graduated from Bray-Doyle High School with the Class of 1990, where he was involved in basketball and FFA, showing cattle and pigs. He attended East Central University majoring in forestry, because he was passionate about wanting to be a game warden. Craig married his loving wife, Shelly Dawn Hire, in Wichita Falls, Texas on September 6, 1996. They were married for 25 wonderful years before his passing. Craig worked as a manager for many years in the oilfield, always enjoying his job and the people he worked with. He was an avid outdoorsman who loved to fish. Craig took great pride in working on the farm with his uncle and grandpa and looked forward to it. He was the biggest OU sports fan. Craig loved playing slapjack with his grandchildren for hours; his grandchildren were his pride and joy and he loved them dearly.

He was preceded in death by his grandparents: Loren and Ruby Jo Worley, Roy and Pat Webb, JC "Big Pa" Houston; and his mother-in-law, Donna Neeld.

In lieu of flowers, contributions can be made to the family at one of these two accounts: Venmo:genawebb or Paypal at getlucky22@hotmail.com.

Online condolences can be made to Craig's family at www.whittfh.com.