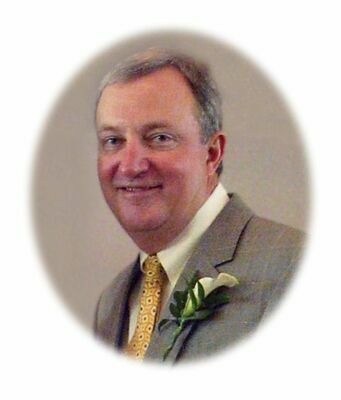 Funeral services will be held at 2:00 PM, Monday, December 6, 2021, at First United Methodist Church in Marlow, with Rev. Doyle Sharp officiating. Burial will be in the Marlow Cemetery under the direction of Callaway-Smith-Cobb Funeral and Cremation Services in Marlow.

Wes was born Sunday, October 25, 1953 in Mangum, to Jerry and Peggy (Klepper) Walker. He attended Oklahoma State University and Southern College of Optometry, earning his Doctorate. Wes owned and operated Wesley J .Walker O.D. Family Vision Care in Marlow for more than 37 years. He continued to work for Marlow Family Eye Care for another 2 years before retiring. Wes married Sandra "Sandy" Gail Bryan on August 4, 1978 in Mangum, and they celebrated more than 28 years of marriage until she preceded him in death on April 6, 2006. He married Terry Dawn Morgan on March 19, 2010 in Marlow. Wes and Terry enjoyed more than 11 wonderful years of marriage together. He was a very active member of the community serving in the Lion's Club, Chamber of Commerce, and the Marlow City Council. Wes was also a member of the Red Red Rose, Methodist Men's Group, and the Oklahoma Association of Optometric Physicians. He enjoyed golfing, hunting, and fishing. Wes also enjoyed cooking, playing cards, and music. One of Wes' favorite things was spending time at the farm with his horses and cattle. Wes joked about getting the best sleep he's ever gotten was while he was in his tree stand. He took great pride in his antique cars. Wes' dry sense of humor was loved by many. He never failed to put his family above all else and cherished the time he got to spend with them. Wes' absence will be deeply felt and he will be missed by many.

Survivors include his wife, Terry of the home; 4 daughters, Tayler Baker and husband Bryson of Comanche, Avery Blackburn and husband Kagan of Newalla, Ashley Taylor and husband Rusty of Lawton, and Tara Navin and husband T.J. of Dallas; 8 grandchildren, Sawyer, Lillian, Manny, Ibby, Luna, Tate, Tucker, and Tinsley; brother, Wade Walker and wife Sheri of Marlow; sister, Waleah Norton and husband J.B. of Stillwater; brother-in-law, Mark Morgan and wife Pam, and brother-in-law, Mitch Morgan of OKC. Wes is also survived by P.A. Walker, Pepper Klepper, numerous nieces and nephews, and a host of family and friends that he truly loved and enjoyed.

In addition to his first wife Sandy, Wes is preceded in death by his parents.

Honorary Pallbearer will be: Larry Malcolm.