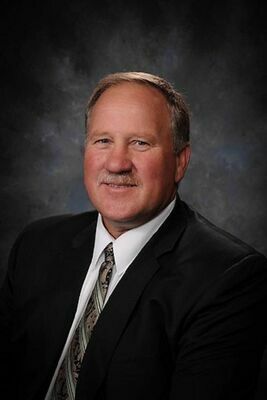 After a 35-year career in public school teaching and administration, Marlow Public Schools Superintendent announced on Monday that the 2021-2022 school year will be his last at the helm.

In an interview earlier this week, Coffman was quick to point out that his decision is due to family needs, not pressure from the community.

“There’s nothing in a negative connotation,” Coffman said. “My mother is not doing well and we’re preparing to move her to an assisted living facility. I also have a sister who has special needs and has spent her life with my mother in her home and I need to be available to her.”

Coffman said that he has no intention to leave the area and will continue to support Marlow Public Schools as well as his successor.

“Marlow is blessed to have great people, from the administration to the teachers to all of the support personnel,” Coffman said. “We’re surrounded by a great community.

Coffman believes that the success of Marlow Public Schools hinges on the administration’s focus on the students.

“The key to the school business is to take yourself out of the picture and put kids Number One,” Coffman said. “I think Marlow has done that for a long time.

“The kids are the coolest part of this job,” Coffman added. “That’s what I’m going to miss the most…I’ve had the opportunity to be around great kids for 35 years. I hope I can say that I’ve been a part of the success that a lot of those kids have had.”

Assistant Superintendent Brenda Parker-Tillian said that Coffman’s legacy is his emphasis on inclusion.

“[Coffman] doesn’t care about your background, your color, your economic status,” Tillian said. “He’s about inclusion. Everyone gets a chance, and everyone gets to participate…it’s a culture he’s developed here at Marlow.”

Coffman came to Marlow Public Schools in 2002; his last day will be June 30.