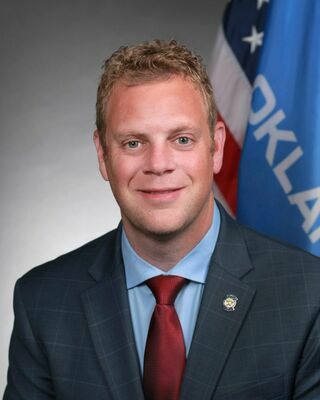 Legislation to create an annual $5 million fund to offset the fiscal impact of the roads negatively impacted by the oil and gas industry on small municipalities' roads passed the Oklahoma House unanimously Tuesday.

The fund will receive $5 million annually from funds received by the Oklahoma Dept. of Transportation (ODOT) through sales tax that is already being collected by the Red-Dyed Diesel sales tax. This will not increase the sales tax, but instead re-appropriate $5 million already collected from the Red-Dyed Diesel sales tax each year from the state's general fund to this newly created municipal road activity revolving fund.

"Currently, the whole state benefits from revenue from the gross production tax (GPT) paid by the oil and gas industry. In 2021, approximately $200 million was apportioned to school districts, more than $100 million to county governments for road repairs and over $1 billion in GPT from this industry alone went to the state government," Boles said. "However, municipalities don't receive any funds from this tax, so this bill proposes a way for smaller communities with oil and gas activity to apply for an annual grant to repair damage to their local municipal roads caused by the heavy machinery used by this industry."

The bill requires communities to apply for the money through a grant program managed by ODOT. It requires that the community detail how the roads they want to repair or maintain were damaged by traffic from the oil and gas industry and also come up with a 25% local match.

"I'm very appreciative to my House colleagues for their unanimous bipartisan support of this very important policy," Boles said.

Boles, who led an interim study on the topic in 2020, said he has been working with the Oklahoma Municipal League and The Petroleum Alliance for multiple years on coming up with a solution to this issue.

"House Bill 3037 is the result of a two-year, collaborative effort between the oil and natural gas industry, Oklahoma municipalities and state lawmakers," said Brook Simmons, president of the Petroleum Alliance of Oklahoma. "A portion of the state gross production tax on oil and natural gas is already allocated to counties to assist with road maintenance in areas of increased oilfield activity. Municipalities are not included in that allocation, and this legislation gives cities and towns access to funding in areas of increased drilling activity."

"House Bill 3037, authored by Representative Boles, is one of the greatest examples of a public-private collaboration," said Mike Fina, executive director of the Oklahoma Municipal League. "The idea for this bill came from Representative Boles bringing together the oil and gas industry with municipal leaders to find a solution to a problem that was impacting Oklahomans quality of life. It is my hope that our work on this bill translates into new better collaboration in the future."

"Today is a great day," McLeroy said. "I would like to thank Representative Brad Boles for his leadership and hard work. I would also like to thank the 85 other representatives who put politics aside and came together today to find a much needed solution to a bigger problem that is impacting municipalities all over the state."

HB3037 passed the House 86-0. It now moves to the Senate, where it is authored by Senate Energy Committee Chair Sen. Mark Allen, R-Spiro.