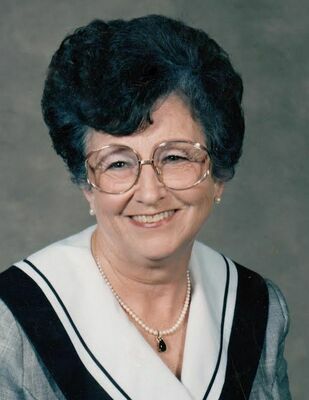 Delois Brown was a long time resident of Marlow until 2009 when she moved to Littleton Colorado to live closer to her son, daughter and grandchildren. She died peacefully on August 15, 2021 surrounded in her home by loved ones.

She was the fourth child of ten born to Jim Roberts and Viola (Nichols) Roberts on June 5, 1928 in Pine Valley, Oklahoma. She grew up in Wapanucka, Oklahoma and on March 14, 1946 she married Curtis Leo Brown, only son of Edward Brown and Pearl (Pryor) Brown. She became an official Army wife and went with him to Germany, California, Texas, Colombia and Colorado with sons Max and Kevin and daughter Linda. They retired and built their dream home on Scott Street in Marlow. Leo passed away in April of 1987 and Kevin in 1999. Delois loved flowers, gardening, sewing, decorating, shopping and being with her family. She loved her dogs and cat. She was a member of Fifth Street Baptist Church and Eastside Baptist Church.

She is survived by brothers J.R, Wayne and Ralph Roberts and her beloved sister Juanita Smith; daughter Linda and son-in-law Gene Kehm of Littleton Colorado and Max Brown of Valencia Spain. She was dearly loved by her grandchildren Tarrah (Daniele) D’Arenzo of Waterton, Virginia; Justin (Kerry) Kehm of Ft. Collins, Colorado; Hannah Brown of Chickasha and McKenzie Brown of Denver, Colorado as well as 8 great grandchildren and many nieces and nephews.

Online condolences may be made to www.callawaysmithcobb.com