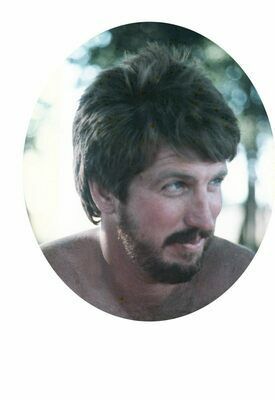 Funeral Services will be held at 2:00 PM, Friday, April 22, 2022, at the New Hope Baptist Church, with Rev. Randy Southerland and Rev. Billy Morgan officiating. Burial will be in the Hope Cemetery under the direction of Callaway-Smith-Cobb Funeral and Cremation Services in Marlow.

Tony was born Friday, April 23, 1954 in Duncan, to Vic Anderson and Gayle Stewart. He was a 1972 graduate of Duncan High School. Tony lived in the Duncan and Marlow areas for all of his life. For the last 40 years he had been living at his farm doing what he loved, taking care of his animals. Tony was an active member of the Moose Lodge for several years. He enjoyed tinkering and fixing things, and going to the lake. Tony loved his friends and family the most, and he never missed an opportunity to spend time with them. His absence has already been felt by those close to him, and he will forever be missed.

Tony was preceded in death by his grandparents, W.E. "Pud" and Blanche Anderson, and M.L. "Sandy" and Hazel Stewart, and brother, Steve Anderson.

Honorary Pallbearer will be: Pat Anderson