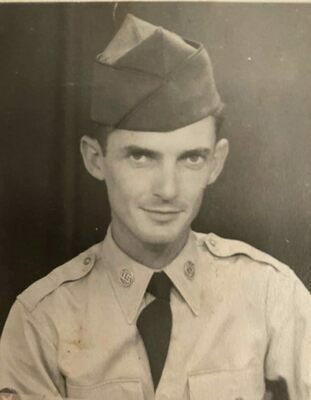 John Daniel Stotts of Burns Flat, Oklahoma was born on August 16, 1929 in Marlow, Oklahoma to Gilley and Pearl (Clark) Stotts. He passed away on February 12th, 2022 in Clinton, Oklahoma at the age of 92. His memorial service was held in Burns Flat, March 12th.

John was raised on a farm near Foster, Oklahoma and was the youngest of five children. He graduated from Doyle High School in 1947 and spent some time at East Central University in Ada. He joined the Air Force in 1950, served 25 years and retired in 1975. John served in the Air Force as an airman and flight engineer. He flew many missions during the Korean and Vietnam Wars. The Silver Star was one of the many medals he earned. After retiring, John enjoyed carpentry and working cattle for ranchers in California. When he moved to Burns Flat, Oklahoma, in the 1990’s, he started buying residential properties for a rental business.