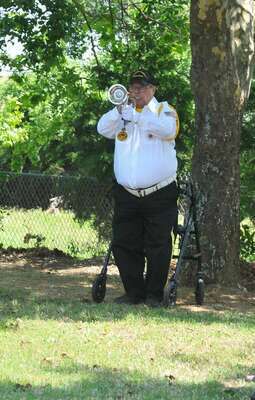 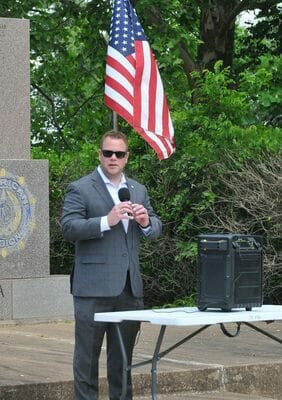 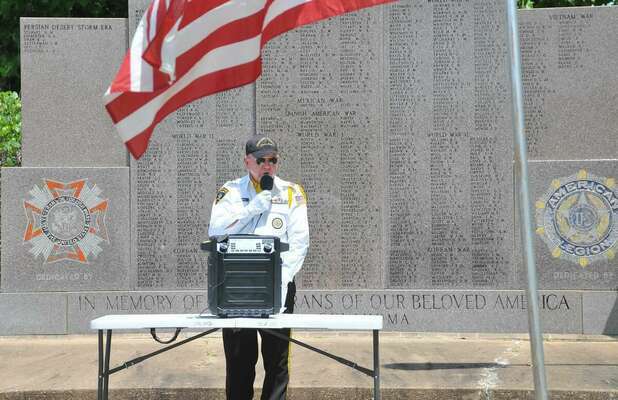 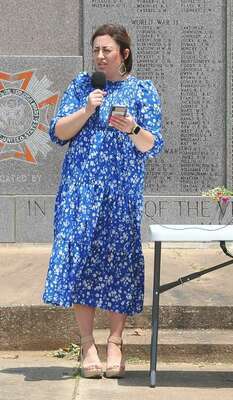 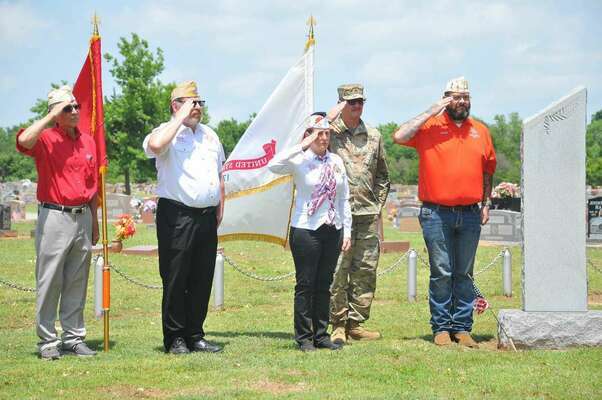 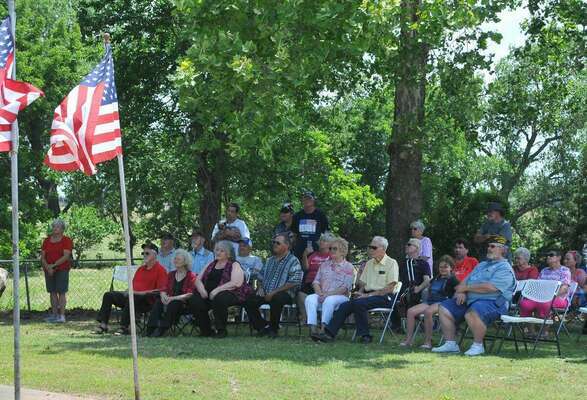 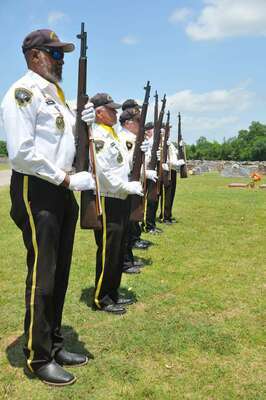 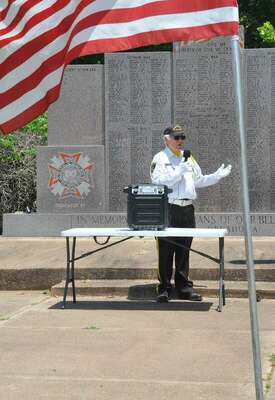 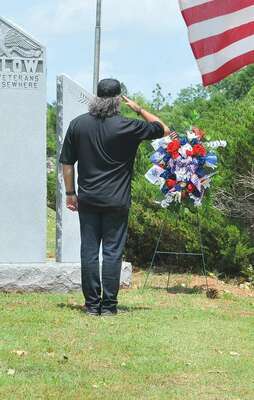 Community members gathered on Monday at three locations in Stephens County to honor those who lost their lives in service to the country. Stephens County Honor Guard conducted services at Comanche cemetery in the morning, at Memorial Park in Duncan at noon, and at Marlow Cemetery at 2pm.

The service in Marlow included moments to honor all branches of the armed forces and representatives of each branch took a moment to salute before a wreath to signify respect for the service of fallen military members.

Senator Jessica Garvin was the keynote speaker at Monday’s event. Garvin spoke of the origins of Memorial Day, which became an official Federal holiday in 1971. She said that the origins of the holiday date back to the end of the Civil War.

“Whether or not we know the true origin of Memorial Day, that is irrelevant,” Garvin said. “The relevance is the why: why we pause to remember; why we have the freedom to gather. Why each year, the last Monday in May, our entire country takes time to reflect on the sacrifices of those who have come and gone before us.”

Garvin said that taking time to honor the fallen is the duty of all Americans.

Garvin quoted President James Garfield, saying “Let us consider this silent assembly of the dead. Their voices will forever fill the land like holy benedictions. Here, let them rest, asleep on the nation’s heart, entombed in the nation’s love.”

The Stephens County Honor Guard closed the ceremony with a rifle salute and one member playing “Taps.”

CUTLINE: The Stephens County Honor Guard held Memorial Day services throughout Stephens County on Monday, including at Marlow Cemetery. For more photos of the event, see page 8 of this edition.