Column: Prayer Without Action Will Not Protect our Children 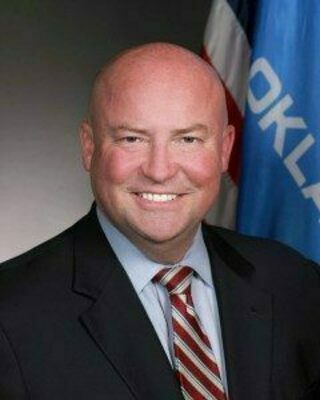 Over this past week, not only did our state see the conclusion of the 2nd Session of the 58th Oklahoma Legislature, I had the pleasure of serving as the parliamentarian for the Oklahoma Conference of the United Methodist Church.

I want to thank all of those who gathered for both occurrences for carrying on their respective work in our state.

At the Conference on Wednesday morning, we sat in prayer for the state of our nation following the tragic news from Uvalde, Texas – another school shooting that killed both grade school students and teachers. I began to reflect on the plans to act on so many issues, even beyond mass school shootings – plans that we have carried out and plans we have not.

It is hard to believe that it has been a decade since the Sandy Hook school shooting where a mentally ill 20-year-old rampaged through an elementary school, executing children after killing his mother. Now, in Uvalde, an 18-year-old who lived with his grandmother, his first victim of the day, made his way essentially unchallenged into an elementary school’s 4th-grade classroom. This followed the recent mass shooting in Buffalo, New York carried out by an 18-year-old racist, and yet another mass shooting over the weekend in Taft, Oklahoma.

There was a predictably mixed response to these shootings. Some called for prayers, others demanded action. Still, others proclaimed this was not the time to discuss solutions they deemed political. Many demanded restrictions on firearms – which I doubt will happen in our nation.

I welcome the discussion because it is always the time to discuss protecting our children. We must find solutions to reduce the violence in our nation. Following Sandy Hook, I called together a statewide gathering of school officials and lawmakers to seek answers. I felt the discussion was a good start; even so, nothing came as a result.

I proposed a $500 million statewide bond issue to build safer schools, fortified to protect against tornados and active shooters; it was never considered. Other than some states increasing much-needed mental health funding, little else has happened to protect schools other than arming some teachers.

If now is not the time for adults to discuss solutions, then when? The ubiquitous calls for “thoughts and prayers” has almost become a Pavlovian response after each shooting. Prayer is always appropriate, but as one rabbi put it, “praying after the fact for something preventable is an affront to God and humanity.”

We must engage with youth in our local communities. This is the solution to so many concerns – from broken homes to drug addiction to abuse and neglect – in addition to senseless violence. The first step in enacting change is getting involved in the lives of youth. Begin there and build to encouraging policymakers about having an honest discussion about reducing youth trauma and subsequent violence.

Finally, for those praying for a fix, please do not expect God to fix this alone. My faith encourages believers to be agents of change and to ask for the strength to act for change. I believe God wants us to be his agents for better in this world.

OICA has trigger locks donated to us by a grant from the National Shooting Sports Association to help protect kids. If you would like one or more, please reach out to us.

Do not expect others to simply awaken to the troubles which face our state and nation. Actions will generate those around you to also act. I commit that I will do more going forward, and I hope you will also.