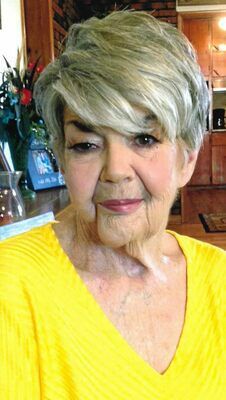 Roberta Cheryl Wortham, 75, longtime Shawnee, Oklahoma resident, passed from this life on Wednesday, June 15, 2022, at her home in Shawnee. Roberta was born on February 18, 1947, in Marlow, Oklahoma to Bob Doller and Mildred Roberta (Stotts) Doller. Roberta grew up and attended school and graduated from high school in Marlow, before moving to Shawnee, Oklahoma in 1965 where she spent the rest of her time.

Roberta married L.D. Wortham on June 19, 1965, in Marlow, Oklahoma. They celebrated 57 wonderful years together. Roberta and L.D. were longtime members of the Liberty Baptist Church in Shawnee and Roberta was co-owner of Shawnee Office Systems with her husband. She enjoyed spending time at their lake home on Eufaula Lake and spending time with her family and friends.

Roberta was active in animal rescue. She was very active in ARC- Animal Rescue Center in Shawnee, the Business & Professional Women’s Civic organization and she was “Woman of the Year for 1990-1991 and received the prestigious “Neill and Mary Wiley Outstanding Volunteer of the Year Award”.

Roberta was one of the original volunteers who formed the SPAR (Saving Pets at Risk) and was the long- time President. Roberta was on the ARC board since its inception in 2008. ARC was formed to work with all rescues and the public to become responsible pet owners. She was a supporter of the Shawnee Animal Dog Park and assisted in its development and the landscaping of the Shawnee Animal Shelter. She worked on Pet adoption fairs, low spay and neuter clinics and stood side by side with all ARC board members when they convinced the Shawnee City Council to work more with rescue and finally a “No Kill Shelter”. Roberta fostered many pets during the years and was a true friend of any stray!

Roberta leaves to cherish her memories; her loving husband of 57 years, L.D. Wortham of the home in Shawnee, Oklahoma, her son and daughter-in-law; Lance and Renee Wortham of Shawnee, and her daughter and son-in-law Cassie and Steven Morton of Bethel Acres, one sister and brother-in-law; Sharon and David Snell of Chickasha, Oklahoma, her five grandchildren; Aaron Morton, Jericho Morton, Stormie Sullivan and her husband Bradley, Channing Wortham and Brianna Wortham, and two great grandchildren; Silas Morton, Cruz Morton and one great grandchild on the way, Castin Sullivan. Roberta was preceded in death by her parents Bob and Mildred Doller.

The family would like to give a special thank you to the Loving Care Hospice, Dr. Tony Haddad and Debra Case.

Funeral services are scheduled for Tuesday, June 21, 2022, at 2:00 P.M. at the Liberty Baptist Church at 711 E. Federal Street in Shawnee, Oklahoma, with Phil Thompson and Jimmy Gibson officiating at the service. Burial will follow at the Resthaven Memorial Park in Shawnee, Oklahoma.

In Lieu of Flowers the family requests memorial donation be made to the ARC Animal Rescue Center at 1530 N. Harrison, P.O. Box 135, Shawnee, Oklahoma 74804.

Arrangements are under the direction of Swearingen Funeral Home in Seminole, Oklahoma.