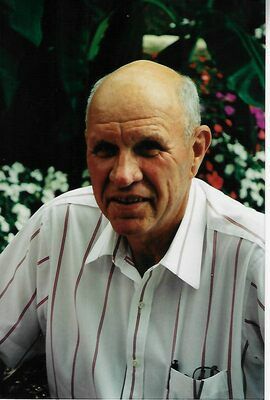 Jimmie Ray Condit, 90 of Lindsay, completed his earthly journey Thursday, June 23, 2022. As family members observed, he was given his Final Salute by the honor guard while “Taps” was being played at the Oklahoma Veterans Center in Norman as he exited the building.

Willie Ray and Lillie Edna (Wright) Condit became the proud parents of their son Jimmie Ray Condit on August 21 1931 at Foster. He graduated from Doyle High School and served his country in the U.S. Army during the Korean Conflict. Jim married Mary Kate Flurry and she preceded him in death in 1991. Jim made a career working in the oilfield and was ultimately a salesman in that industry. Jim and Glynna Schuler were married at the Pernell Church of Christ on October 10, 1992.
Jim is survived by:

Jim is preceded in death by his parents, the mother of his children, Mary Kate Flurry Condit, and brothers Lynn Condit and Leon Condit

Funeral services to honor and give thanks for the life of Jimmie Ray Condit were held at 1:00 p.m. on Monday, June 27th in the Lindsay Church of Christ with Brant Stubblefield officiating. Graveside services with military honors will follow in the Purdy Cemetery under the direction of Wooster Funeral Home. Condolences may be offered to the Condit family at www.woosterfuneralhomes.com