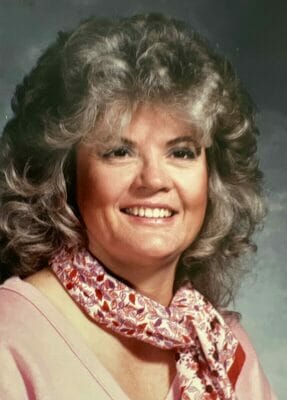 Jeanie Savannah Boyd passed away Sunday, July 17, 2022 in Lawton, OK. She was born September 19, 1943 to Jessie T. Boyd and Maureen Jones Boyd at Talley Walker Hospital in Marlow, Oklahoma. At the time of her birth, Jeanie’s father was serving in World War II allowing her uncle, Shorty Ward, the privilege of carrying her to her grandparents’ home, which was half of a block south from the hospital. She attended school in Marlow and Tulsa, but graduated from Bellaire High School in Houston Texas in 1961. After high school, she attended Oklahoma University and graduated in 1966 with a degree in speech pathology. Jeanie’s passion was helping others, and because of this, her career spanned over four decades taking her to various states and retiring from the Stephens County Health Department.

Growing up, Jeanie was exposed to a musical and talented family who was generous and witty and would always have family get-togethers. Her family was rooted in Marlow and she was proud of her heritage and always made a special point to keep detailed records of stories and events that had occurred. Whether it was a family heirloom or plot of land, she would have detailed notes explaining the information. She also was a proud member of the Choctaw Tribe and spent time researching her family. Anytime she would meet someone new, the first thing she would ask would be your name and where your family was from to see if there was a connection to her family and or Indian heritage. Jeanie loved Native American art and was close friends with Native American artist Johnny Tiger. She lived a full life traveling, loving to read, taking care of animals and generously giving to help individuals and the community. When asked if there was anything she needed, she would always reply “Yes, Robert Redford!” She told the story of the time she met Robert Redford in Santa Fe and how kind and patient he was with all the children at the school and that memory stayed with her for years so she would keep pictures of him on her desk as a reminder of his kindness and good looks.

Online condolences may be signed at www.yandafuneral.com. Arrangements are under the direction of Yanda & Son Funeral Home and Cremation Services, Yukon, OK.