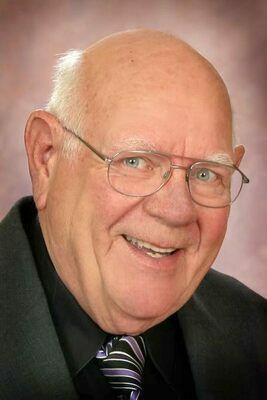 Michael Ainsworth Allen, 83, of Newcastle, departed this earth, Friday, August 12, 2022, at his home. The son of Robert Frank Allen and Lorraine Pearl (Mizie) Allen, he was born December 5, 1938, in Bartlesville, Oklahoma.

Michael (Mike) married his beautiful bride, Phyllis Sharon Howard, on November 2, 1957, in Marlow, Oklahoma. They spent 61 wonderful years together until her passing in March of 2019. However, Mike considered himself a married man until he took his last breath. He was exceptionally devoted to his wife and children whom he loved deeply. He was a family man and especially loved being a grandfather and great-grandfather.

From humble beginnings as small-town boy, working as a roughneck in the oil field, Mike had a dream to fly jets. With hard work, sacrifice and unwavering support from Sharon, he became an accomplished pilot. He took a job as a flight instructor before joining the FAA as an air traffic controller for a time, which eventually led to his dream job of flying jets for the FAA as an airspace systems inspector with an Airline Transport Rating. As a proud member of the Experimental Aircraft Association (EAA), Mike was said to have been a walking encyclopedia of aviation, and built his own Pitts Special, an aerobatic biplane from a set of plans. After retiring from the FAA, Mike continued to fly commercial jets, for private industry until the age of 80. Throughout his flying career, Mike loved to mentor and champion younger pilots.

Mike had a beautiful baritone voice and often led the congregational singing for the Church of Christ. Anywhere he went, he found opportunities to sing, especially to serenade the ladies. He was quite possibly the only person who would sing “How Great Thou Art” at a karaoke night. After retirement, he learned how to play the guitar. Though he was a “lefty”, he learned to play right-handed, so he could pick up a guitar anywhere and be able to play.

Mike was a strong and faithful servant of “Almighty God” and will be deeply missed by all who knew him.

He was preceded in death by his parents; his wife, Sharon; and three brothers, Roger, Steve, and Clark.