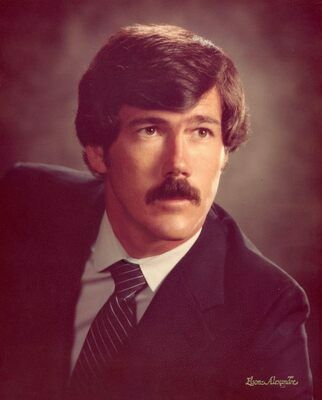 A Celebration of Life ceremony for Gary Sizemore will be held Sept. 24th at 2pm at the Cox City Baptist Church. A military honors service will follow at the Bailey Cemetery.

Gary unexpectedly died in Plano, TX, on August 28th, 2022. He is survived by his wife, Terri; his 3 sons, Christopher Sizemore and Brittany Allen, Geoffrey and wife Andrea, and Aaron and wife Brittany; 7 grandchildren: Amber, Jacob, Julian, Melena, Alex, Julia, and Jack; his brother Jim Sizemore and wife Connie and nephew Doug; and his sister Vicki Sullivan and her husband Kim, and nephews and niece Brian, Beth, and Cody, and Brock Loehr; and close friends John Lee, Gene Bingham, and Glenndon Johnson.

He is predeceased by his parents, Clinton Sizemore and Stella Sizemore Revels, sister Kaye Loehr and her son Marc, and brother Terry Sizemore.

Gary was born in Rush Springs on September 10, 1949, and grew up and attended school in Cox City. After graduating in 1967 from Rush Springs High school, he attended Murray State College, then graduated from Oklahoma State University with a degree in petroleum engineering technology before serving in the Army as a military policeman and assistant drill instructor.
He then began his 40 year career in the oil industry. He worked for Exxon, Conoco, Ashland Exploration, Arkla, and numerous other oil companies in many states, off-shore, in the United Arab Emirates, and Africa. During this time he established his own consulting company, SMA, in Oklahoma City. They also lived in in Shreveport/Bossier City, LA; Tyler, TX; and Tulsa before retiring to Carrolton, TX.
Gary exceled in anything he was challenged with and was a natural leader known by his colleagues and workers as being fair and professional. He was also known for his expertise and knowledge of drilling oil and gas wells.
At home, he was known for his storytelling skills, and enjoyed golf, fishing, hunting, and playing his guitar (his prized white Fender Stratocaster). But his greatest treasure was his wife who was constantly by his side to the very end, and his 3 sons who were also with him when he was ill. He lived to see them grow into successful and caring young men. He also loved being a PaPa to his precious grandchildren.

Instead of flowers, those who wish to may donate in Gary’s memory to Cox City Baptist Church, Disabled American Veterans, or the Bailey Cemetery.